MEMPHIS, Tennessee – It was coming. It was just a matter of time.

“We thank the fans for being patient,” 901 FC head coach Tim Mulqueen said. “We’ve been close a number of times at home, but I think now our team is rounded into form. We have the players in the right spots. To have (this) group together and playing, I think we are going to see some very strong performances moving forward.”

Collier’s performance was the first hat trick in team history, and the victory gave the expansion side its first home win in USL Championship play.

“It feels amazing,” Collier said. “We’ve been so close in so many games. We’ve had like 12 games decided by a goal, so to go out and put the two away early was great. We were a little upset about the one we gave up, but we came back in the second half and put the game to bed. I’m really happy for all the boys.”

The Hamilton, New Zealand native got 901 FC off to a fast start with a 6th-minute goal, which came from a Cam Lindley pass. Just a few minutes later Collier again found the back of the net, streaking down the left side and blasting it to the left of the Hartford keeper in the 11th minute. 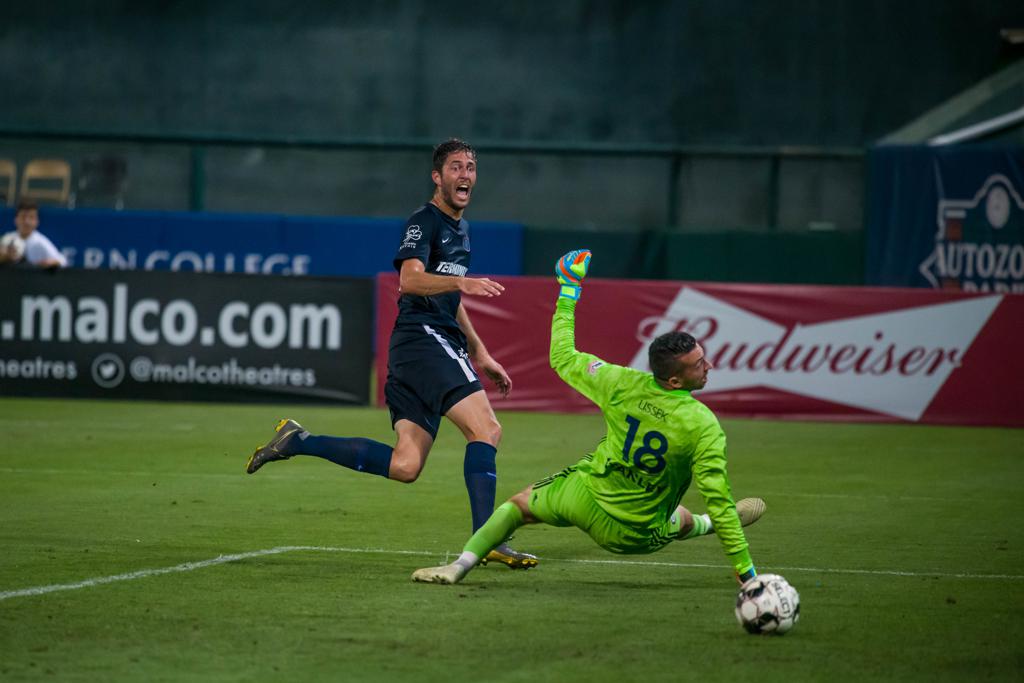 After scoring the first goal in AutoZone Park history earlier this season, Collier again put his name in the record books by finishing off the hat trick in the 75th minute. He raced up the middle, beat two defenders, and placed a perfect shot to the bottom-right corner of the net.

“We’ve played this opponent two other times, and I’ve had success dribbling against these guys,” he said. “They gave me a lot of space. I just took my space and took my opportunities, and I was fortunate to score. To score one goal is great and then the next one comes, you’re begging for the hat trick. I’m really happy.”

Lagos Kunga came on in the 62nd minute and worked his way to a fourth goal for Memphis, which came in the 80th minute off a beautiful pass from Jochen Graf.

“When I came in, we were kind of chasing the game a little bit and coach told me to focus on defending and try to get yourself in one-two situations,” Kunga explained. “Just help raise the game. I came on and did what I had to do.

“We’re very pumped. We needed this, I think we deserved this. The guys were telling me about and the close matches here, but we have a whole team now. This is us for the rest of the season, it was amazing. Hopefully we can go up from here.”

Tickets for the remainder of the season are available at www.memphis901fc.com/tickets.