First Set for Next Week at The Brass Door 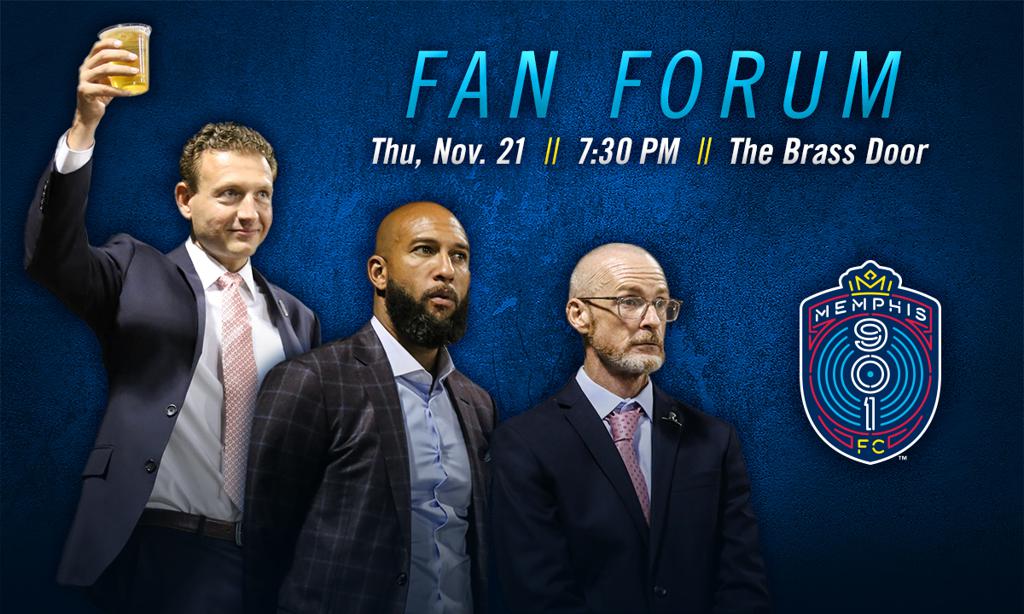 MEMPHIS, Tennessee – Memphis 901 FC will be hosting a series of Fan Forums in the region leading up to the 2020 season, with the first set for next Thursday, Nov. 21, at The Brass Door in Downtown Memphis. Doors will open at 7 p.m., and the Fan Forum is scheduled to begin at 7:30.

Each Fan Forum will feature a question-and-answer session with 901 FC President Craig Unger, owner Tim Howard, and head coach Tim Mulqueen. Fans will learn more about the club, which is entering its second season in the USL Championship in 2020, including how the offseason is progressing, plans for the upcoming year, the development of players, and more.

Food and beverage will be available for purchase.

After next week’s Fan Forum, the club will host another one in December and a final one in January. Dates and locations for the next two Fan Forums will be announced at a later date.

With its inaugural season concluded, 901 FC now turns its attention to the upcoming 2020 season. News and information about the 2020 roster, schedule, tickets, and more will be available in the coming weeks and months. Season ticket information for 2020 is available at www.memphis901fc.com/seasontickets.

About the USL
The United Soccer League (USL) is the largest professional soccer organization in North America, possessing nearly a decade of experience in bringing the world’s game to communities across the United States and Canada. Overseeing the USL Championship, USL League One, and USL League Two, the organization is built on a proven and recognized model in international football and counts more than 100 clubs in its membership.