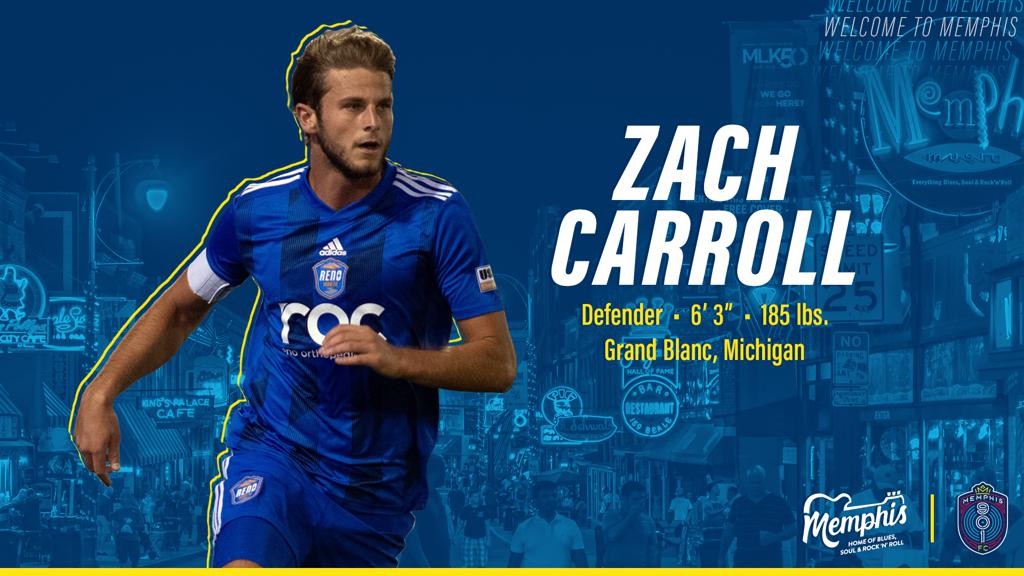 “Zach is a physically dominant central defender who is excellent in the air,” Mulqueen said. “He is very good at starting the attack from the back with great passing and decision-making ability.”

Carroll brings four years of USL Championship experience with appearances playing for New York Red Bulls II, Orlando City B and Reno 1868 FC. During his time with New York, Carroll won the USL Cup and was named to the 2016 USL All-League Second Team.

“He is a proven winner,” Mulqueen said.

In the past, Carroll has played for both Mulqueen, during his time with Orlando City FC, and Assistant Coach Ben Pirmann, with Michigan State University during his junior and senior seasons.

Memphis 901 FC hopes to ­build on a successful inaugural season where they averaged over 6,500 fans per game—the ninth highest attendance in the league, second among expansion teams.