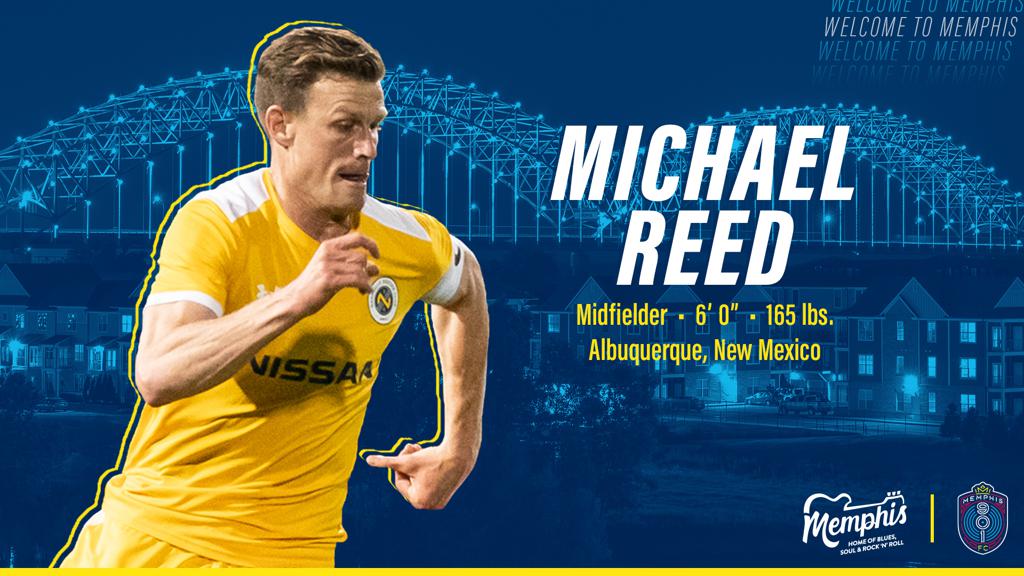 “Michael will bring incredible professionalism, leadership and a plethora of experience to go along with his winning mentality,” Mulqueen said.

The past two seasons Reed has held the position of captain for Nashville SC. Prior to his season-ending ankle injury in August, Reed led Nashville to a 12-5-5 record.

“Michael is a box-to-box midfielder with incredible fitness and work rate,” Mulqueen said. “His ability to cover ground allows him to connect the lines in possession from all over the field.”

Reed has over 7,000 minutes of playing experience in the USL Championship. In the past three seasons, he has scored four goals and collected eight assists.