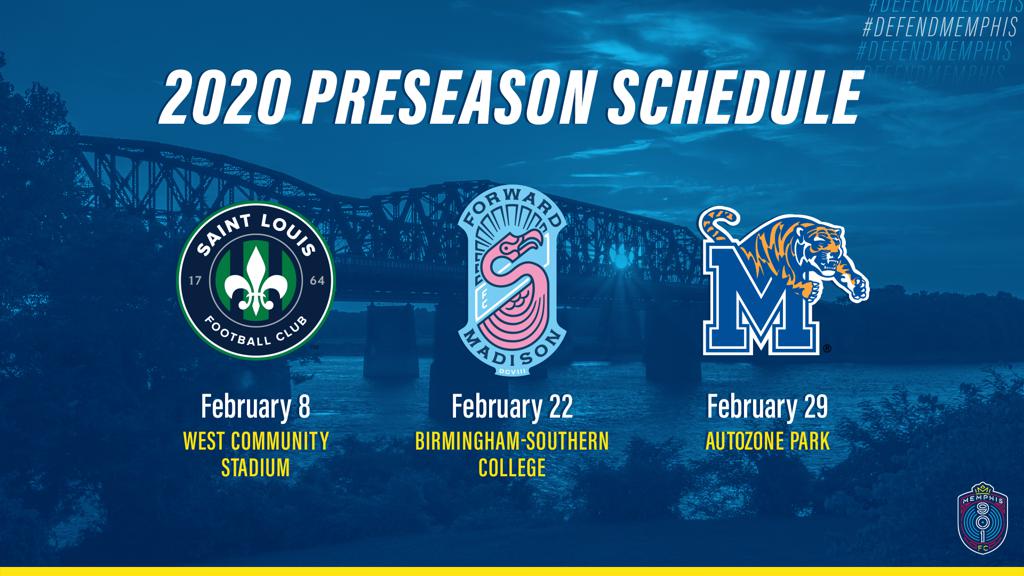 MEMPHIS, Tennessee –Memphis 901 FC has announced the club’s full preseason schedule, which is highlighted by a home matchup with the University of Memphis at AutoZone Park on Saturday, Feb. 29 at 6 p.m. Any fan that has purchased either full season tickets or any partial season plan will have the match automatically added to their account. The match against Memphis will be 901 FC’s final pre-season match before the 2020 season opener on Saturday, March 7.

During the preseason match, the Team Store will be open, and concessions will be available for purchase at a discounted rate.

In addition to the match at AutoZone Park at the end of February, 901 FC has three road matches that are open to fans.

901 FC began a series of closed-door friendlies with a 3-0 win against Lyon College. The results of non-public friendlies will be posted on 901 FC social channels.