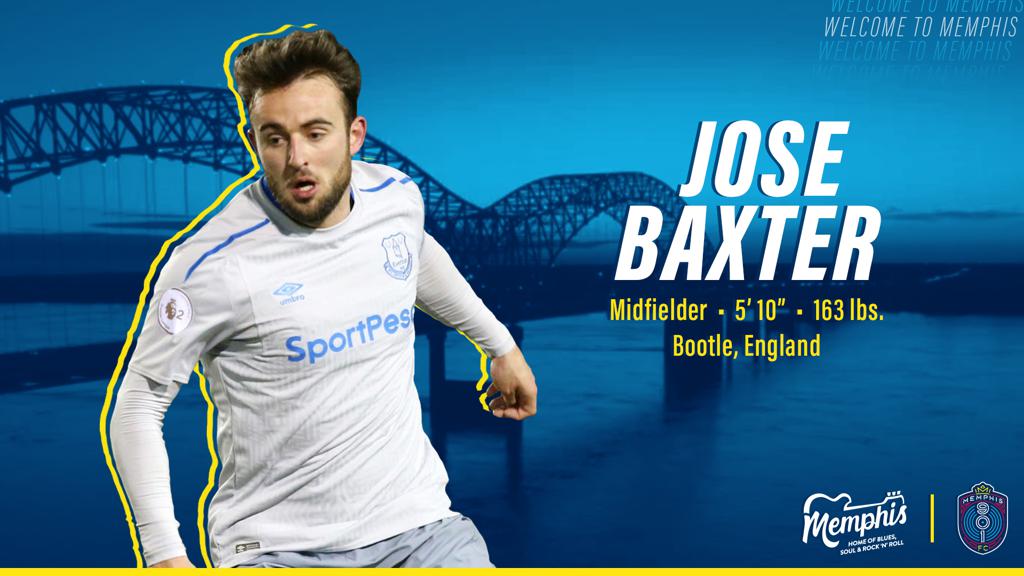 Baxter began his professional career in the Premier League at just 16-years-old, as he debuted as the youngest first-team player in Everton FC history in 2008. As a substitute in that game, Baxter entered with current 901 FC Sporting Director Tim Howard in net for Everton.

“Jose is the most accomplished player that we have signed at the Club as he’s played in the Premiership,” said Mulqueen. “He’s a midfielder that can break open any match with his passing ability. Our attackers will be the benefactors of his great vision and passing.”

The English native was signed with Everton for the better part of five years. Since he departed Everton in 2012, the now veteran joined Oldham Athletic, Sheffield United, and was most recently with Plymouth Argyle, with a stop back with Everton mixed in.

“Jose is a generational talent,” said Howard. “His technical ability and toughness are unquestioned at the highest levels of world football. With experience in the English Premiership and Championship, we’re excited to have him be an integral part of our midfield.”

In his career, Baxter has collected over 300 appearances, with half of those appearances at the League One level. As a professional, Baxter has scored 66 goals.

“We know he will enjoy the city of Memphis and its people,” said Howard. “It’s because he comes from a very familiar hardworking city, Liverpool.”