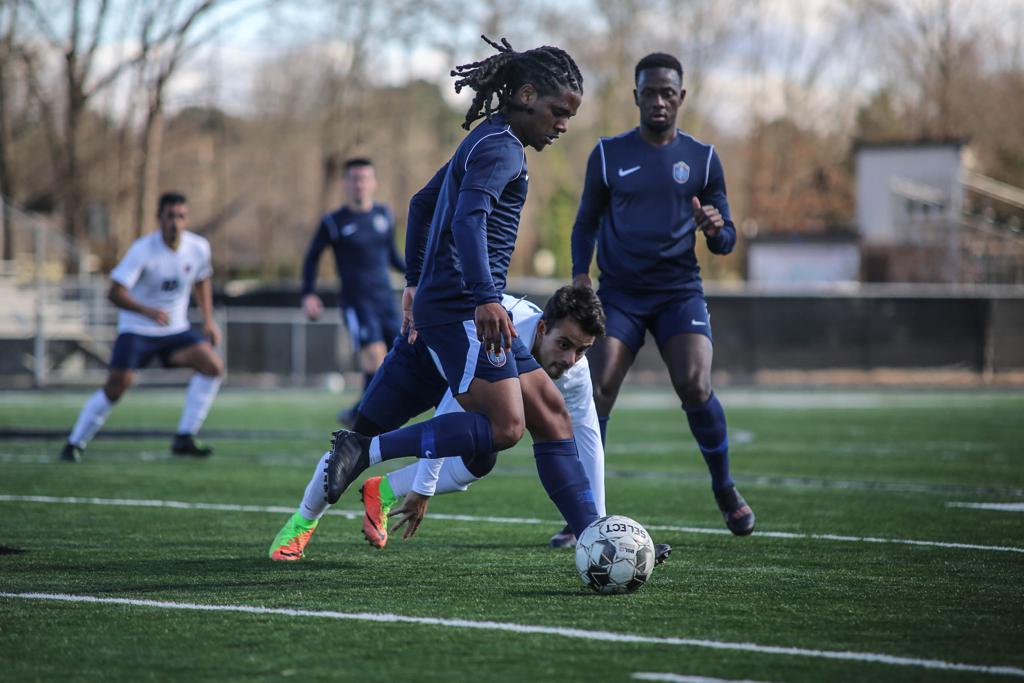 MEMPHIS - Memphis 901 FC Head Coach Tim “Mulch” Mulqueen plans to put the finishing touches on his team this Saturday, as the focus comes home for the final fixture in the 901 FC preseason.

After opening the preseason schedule back on Feb. 8 with a 2-1 loss against fellow USL Championship Eastern Conference member St. Louis FC, 901 FC picked up a 3-1 win against USL League One side Forward Madison on Feb. 22. While both of the previous games took place away from the Bluff City, the friendly Saturday transpires at AutoZone Park.

With a trip down to Orange Beach, Ala. and plenty of training sessions to boot, the bulk of the revamping has gone on away from the public eye, and the players have responded positively.

“The preseason has really gone well. We put a lot of planning into it, especially with going away to Orange Beach for a week,” Mulqueen said.  “They [the players] came out flying from there, performances have been gotten better from the first preseason game, all the way to the last one in Birmingham [against Forward Madison].”

While the splashy new attackers have stolen most of the headlines this offseason, the defense that Mulch has been most closely working on this preseason.

“We have taken defensive concepts of pressing and playing high up the field, and that’s really grown from game one,” Mulqueen said at training on Thursday. “It’s been a team growth in that area... We are further ahead than I thought we’d be at this time.”

With the defense progressing ahead of schedule, Mulqueen is still keen to get his new attacking pieces up and running as well. After finishing 2019 with the second-fewest goals scored in the Eastern Conference, Mulqueen and Sporting Director Tim Howard have signed quality in attack, with Keanu Marsh-Brown, Jose Baxter, Rafa Mentzingen and Matt Hundley joining proven playmakers Brandon Allen and Pierre Da Silva.

“I think we have added a lot of pieces that can create goals… we are working on playing higher up the field, to turn balls over and get more balls in front of the opposition,” Mulqueen said.  “Scoring goals is the hardest thing to do in football. We have to create more volume...we have to just create more chances and we have put a system in that will do that.”

Team captain and 15-year veteran Marc Burch also showed some signs that he is happy with the new recruits.

"[They add] Quality. I think last year we were just lacking a little bit of quality in spots," Burch said. "I really expect high quality play all year from this team."

Although wins are not always paramount in the preseason, Mulch still wants a strong performance out of his players for the final dress rehearsal.

“We want to win,” said Mulqueen “It’s about winning football matches, how that is going to happen from week to week will change, but that’s the goal”

Kickoff on Saturday is set for 6 p.m., and is a season ticket holder exclusive. There is no broadcast, but updates will be on the official 901 FC Twitter account.