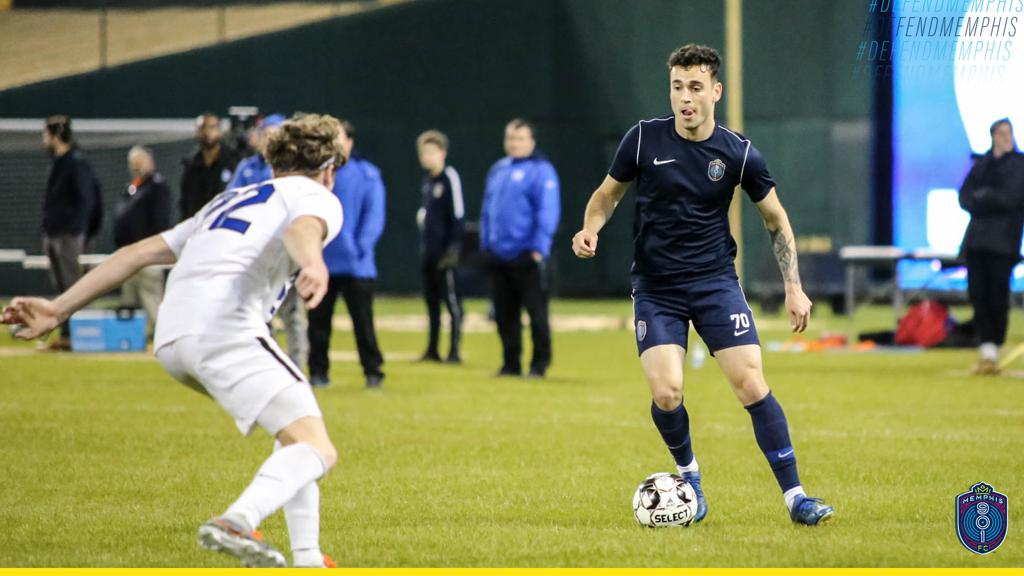 MEMPHIS, Tenn. - 901 FC won their final preseason game of 2020 on Saturday night by beating out the University of Memphis Tigers 1-0.

901 FC came out of the gates on the front foot. Despite dominating possession and earning a number of promising chances, though, the two sides went into the locker rooms level.

“We were sloppy on the ball the whole first half. Too slow, too easy to turn the ball over, just not sharp. We came out from halftime and upped our pressure, and upped our play.” Captain Marc Burch said after the game.

The turning point came just after the hour mark when Coach Tim Mulqueen made a treble of changes, most importantly bringing new signings Keanu Marsh-Brown and Matt Hundley into the fold.

It took just over 10 minutes for the subs to leave their mark. It was in the 71st minute that the sole goal was recorded when Marsh-Brown lofted a ball from the right wing into the penalty area for a rising Matt Hundley, who headed the ball into an empty net.

“To get in the goals is amazing… a huge shoutout to Key [Keanu Marsh-Brown] for the assist. [It was a ] Perfect ball, it’s just a throw yourself at it kind of thing,” Hundley said.

That ended up being the deciding goal, but not for a lack of trying on the part of the University of Memphis. 901 FC goalkeeper Jimmy Hague denied the Tigers an equalizer when he stood on his head in the final seconds of the game. The shutout was icing on the cake for Mulqueen.

“I’m really pleased with our team. We kept another clean sheet, we created a multitude of really good, compelling chances,” Mulqueen said. “If we continue to create those kinds of chances, we’re gonna be in a good position this year. It was a very good match for us.”

Memphis 901 FC finishes their official preseason schedule with a mark of 2-1-0 (W-L-D). The results start counting for real next week as the 2019 USL Eastern Conference Finalists Indy Eleven come to AutoZone Park. Kickoff is set for 6 p.m.