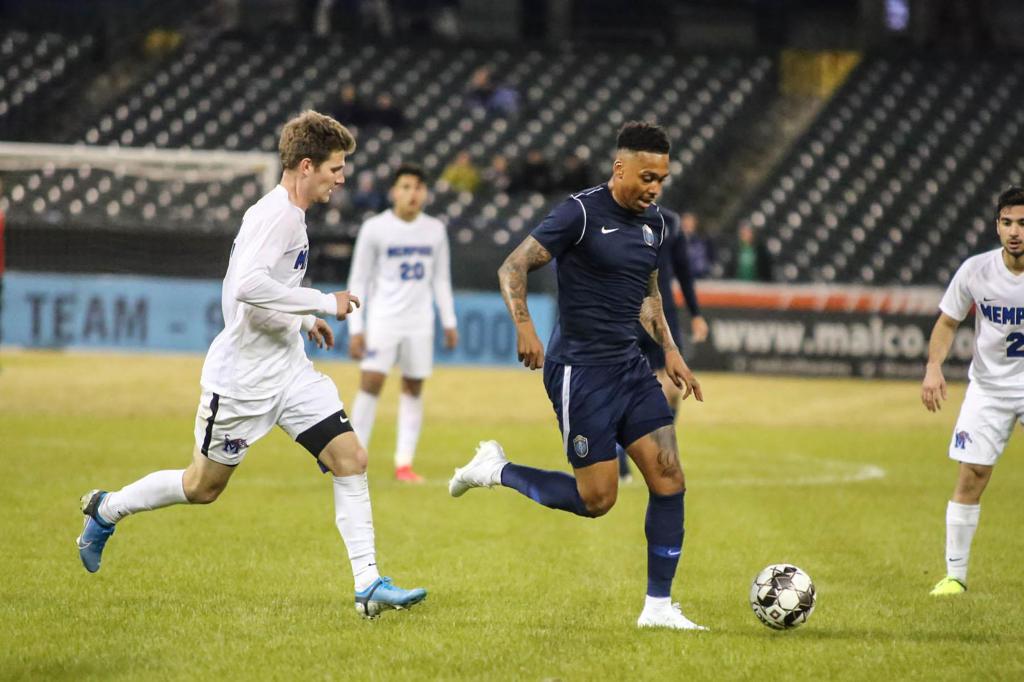 With the squad that 901 FC has built this year, fans can expect a much different look compared to 2019.

For 901 FC, the off-season signings may have been eclipsed by Wednesday’s announcement that Tim Howard will play for his adopted hometown side, but there are several new faces that figure to play a part in Saturday’s fixture.

Wide players Keanu Marsh-Brown and Matt Hundley linked up most recently for goal in the final preseason friendly against the University of Memphis last weekend. Both players bring the element of service that the team lacked last year. New addition Jose Baxter also peppered the Memphis goal with a number of chances himself. The former Evertonian swapped the EFL League 2 for the American second division in the off-season and has plenty to offer this 901 FC side.

Defensively, former Reno 1868 captain Zach Carroll will cement the backline with fellow USL stalwart Liam Doyle. Flanking the two veterans is an intriguing mix of youth and experience in Mark Segbers and Marc Burch. Jean-Christophe Koffi will serve as a shield to the back four in the midfield. Head Coach Tim Mulqueen looks forward to the new skills these new faces will bring, especially against a team that bested 901 FC last season.

“We have a new team, they have a new team, it’s a whole new season. What happened last year doesn’t affect anything that happens this year,” Mulqueen said. “There are 17 teams in our division that are all really good.”

Now entering his third season, Head Coach Martin Rennie led Indy Eleven to 19 wins en route of their third place in the Eastern Conference regular season last year, their best-ever finish in the USL Championship. 901 FC accounted for two of those wins, including a 3-0 bout at AutoZone Park on June 8.

The Circle City club went on to reach the Eastern Conference Finals, a fixture that they dropped against Louisville City FC in extra time. Individually, the 2019 season was a breakout year for Tyler Pasher, who amassed 13 goals from 33 appearances for Indy last season, his best as a professional. In defense, Indy return nearly their entire cadre of defenders, with Neveal Hackshaw, Karl Ouimette, and Paddy Barrett forming the spine of their back three, with Spaniard Ayoze on the wing, the threats really can come from anywhere.

All eyes will be on the Secretary of Defense this Saturday after the Minority Owner and Sporting Director signed on to play for his club. The change of course for the now 41-year-old Howard is purely a result of his competitive streak, though.

“I still have this fire that burns inside me...I felt like I can contribute” Howard said at training on Thursday.

Howard brings plenty of experience to Memphis, and for Saturday he is sure to attract a horde of fans, too.

The American youth starlet joins Indy on loan for the 2020 season, down from his parent club Atlanta United FC where the 19-year-old already has 17 first-team appearances to his name. The Homegrown player has also spent time at Atlanta United 2, the USL Championship team for the 2018 MLS Cup winners.

His vision and ability to dribble past defenders will make for an intriguing test for the new-look Memphis 901 FC backline. Coupled with fellow newcomers Carl Haworth (Ottawa Fury) and former 901 FC defensive player Cam Lindley, Indy has strengthened an already strong team.