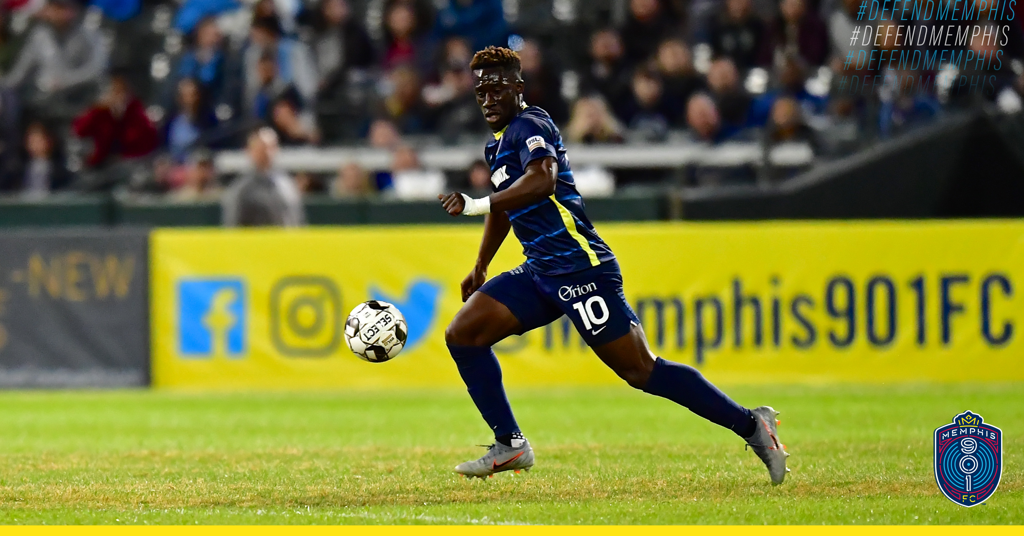 MEMPHIS, Tenn. - Memphis 901 FC opened their 2020 season on an encouraging, albeit losing note last weekend. Even though the Memphis outfit lost to Indy Eleven 4-2, there are already signs that the club is moving forward from a 2019 year when the club marginally missed the playoffs.

Coming into the 2020 USL Championship campaign, 901 FC Head Coach Tim Mulqueen promised a revamped team, and that is what the 8,571 in attendance saw in AutoZone Park on Saturday night. The new high press yielded results almost immediately. By unsettling the Indy Eleven backline and causing confusion, Memphis put the 2019 Eastern Conference Finalists on the ropes early in the opening stanza of the 2020 season. The two goals in the first half were supplemented by a couple of near-chances and forced saves from Indy goalkeeper Evan Newton.

The second goal on Saturday night came from a corner kick, something that only happened twice in the 2019 season. The combination of a great ball from Marc Burch and a sly run from Zach Carroll to find space yielded the new recruit his first goal in his first appearance for 901 FC. After just four goals from set-pieces in all of last year, surely there is more to come off the training ground.

After just eight goals between the first and 16th minute last year, the ability to set the tone early is a promising sign from 901 FC. Brandon Allen turned what looked to be a half-chance into an early lead, and it is clear that he intends to pick up right where he left off last season, when he lead the team in goals scored.

With Mark Segbers playing an attacking brand of soccer from his fullback position, and Marc Burch freed up to play down the left flank, Pierre Da Silva and Duane Muckette have some friendly faces for quick passes to open up space. With new attacking players in the middle, look for even more passes to, and service from, the wide areas.

Memphis 901 FC returns this to AutoZone Park this Saturday when they take on Saint Louis FC. Kickoff is set for 7 p.m. Tickets are available at https://www.memphis901fc.com/tickets.