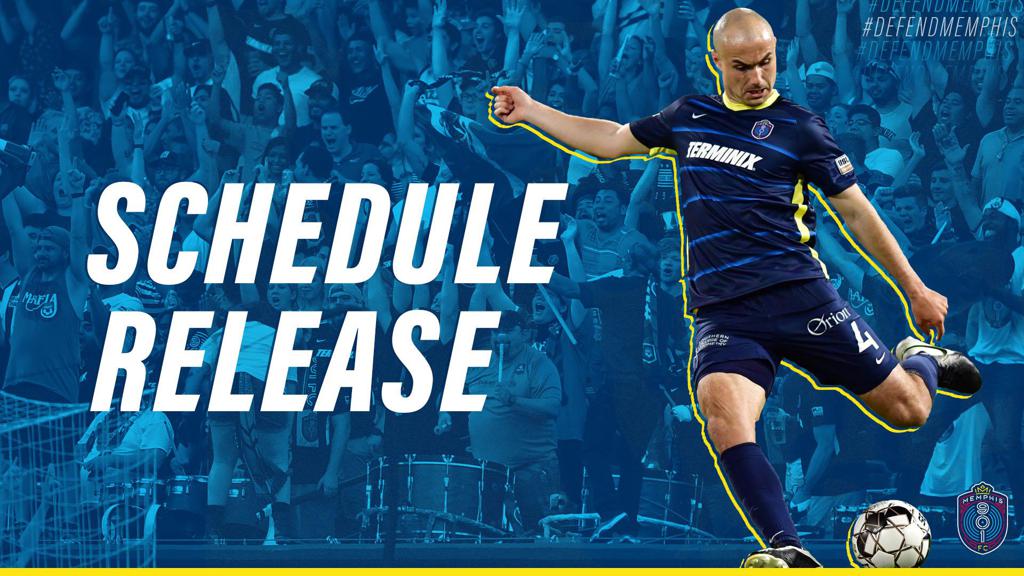 MEMPHIS, Tennessee – Memphis 901 FC has unveiled its schedule for the resumption of the 2020 United Soccer League Championship season.

The club will face each of the other teams in Group G, Charlotte Independence, North Carolina FC and Birmingham Legion FC, four times each, twice at home and twice on the road. 901 FC will face three additional regional opponents to round out their schedule: Atlanta United 2 (away), Saint Louis FC (home) and Louisville City FC (away).

The top two teams from each group in the regular season will advance to the 2020 USL Championship Playoffs, producing a field of 16 teams overall in a regionalized single-elimination bracket. Group winners will be paired with Group runners-up in the Round of 16, with home advantage being determined by record for the remainder of the bracket.