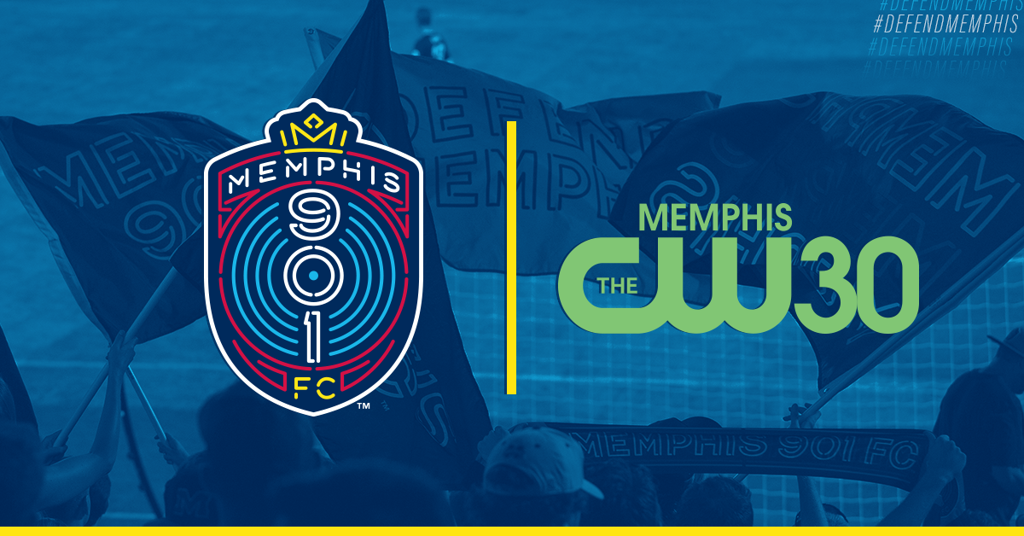 MEMPHIS, Tennessee – Twelve of Memphis 901 FC’s 2020 regular-season matches will be aired on WLMT CW30 with two matches to be aired on sister-station WATN Local 24.

“We are thrilled to partner with 901 FC to relaunch the club matches on CW30 and its sister station Local24. There’s terrific passion for 901 FC in our region and real excitement about the return of live sports to television. As the top CW station in the country, our goal is to bring this type of dynamic local programming to our community,” said Rick Rogala President and General Manager of WLMT-TV.

“Having a great local television partner like CW30 is more important than ever,” President Craig Unger said. “We are happy to work with CW30 and ensure fans throughout the city have the opportunity to see every minute of the action.”

In addition to the 14 home and away matches, 901 FC is currently slated for one national broadcast on ESPN2 on Wednesday, July 15 against Birmingham Legion FC. Every USL Championship regular-season match is also broadcast on ESPN+. A subscriber can watch ESPN+ in the Watch tab of the latest version of the ESPN App, available on the web, iPhone, iPad, AppleTV (Generation 3 & 4), Android Handset, Roku, Chromecast, FireTV, XBOX One, PlayStation 4, Oculus Go, and Tizen devices.

901 FC kicks off their return to play schedule this Wednesday, July 15 in Birmingham.