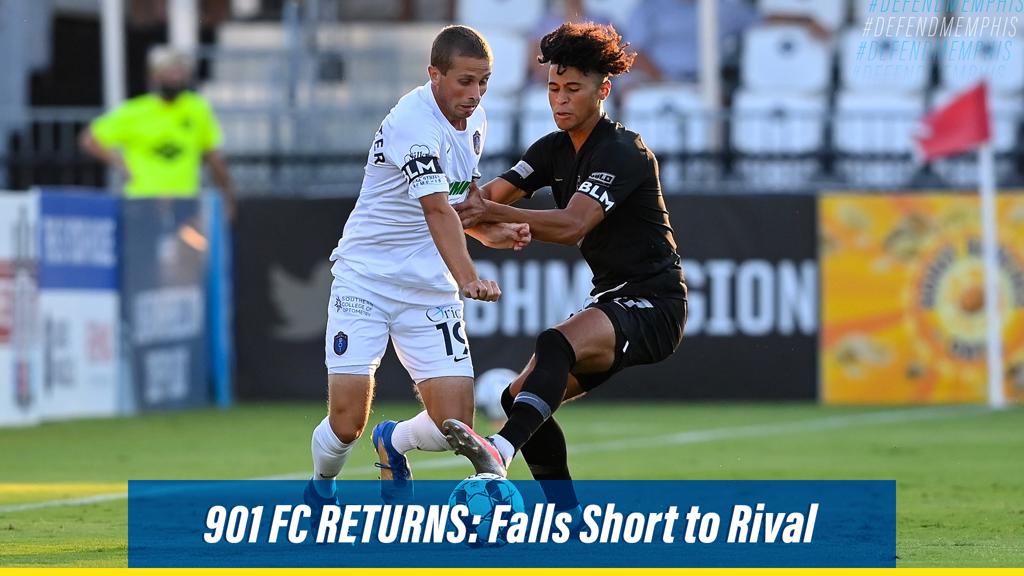 Birmingham, Alabama- Memphis 901 FC fell short in a 3-0 loss to rival Birmingham Legion during their first match back on Wednesday.

901 FC dominated the possession in the first half with 64 percent but struggled to get their attack going collecting just five shots.

Birmingham took full advantage of their offensive opportunities scoring three goals on nine shots. Lapa shined for Birmingham in his professional debut scoring two goals and collecting one assist during his 82 minutes of play.

901 FC looked sharper defensively in the second half, holding Birmingham to their three-goal lead even after going down a man due to the red card issued to Zach Carroll in the 59th minute.

Cal Jennings, making his professional debut, subbed in for 901 FC in the 62nd minute. The University of Central Florida grad brought a new zippy look to 901 FC’s top line and gave fans something to look forward to in the young player.

With the loss, 901 FC remains in last place in Group G with an 0-2 record. The three points brought Birmingham, who had yet to play in 2020, into first place in the group. To secure a spot in the playoffs, 901 FC will need to move up to the top two within Group G.