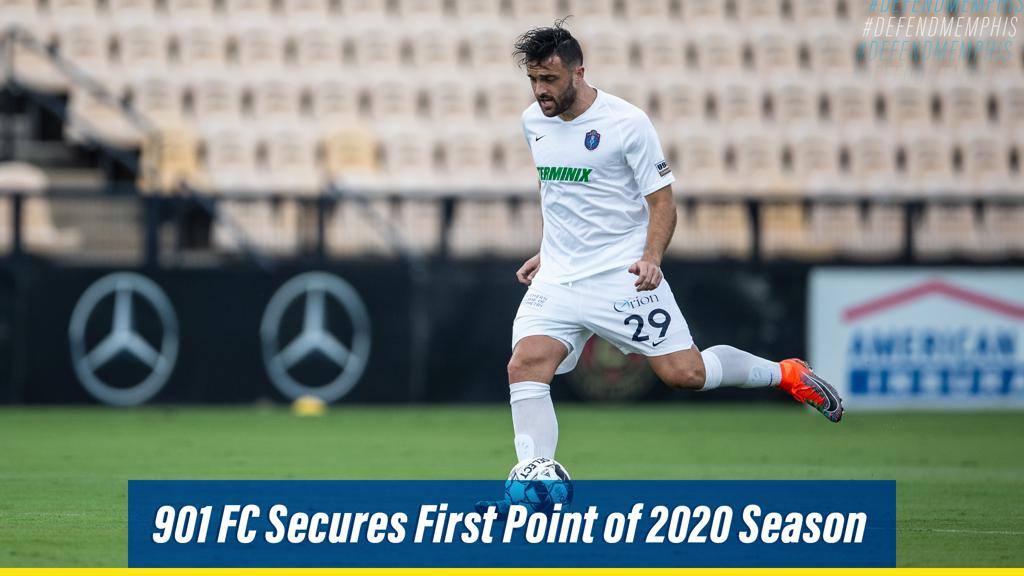 In their second game back since the USL’s Suspension of Play, Memphis 901 FC tied 2-2 against Atlanta United 2.

Memphis came out aggressive appearing to have stirred up their offense, with five shots in the first 15 minutes. However, it was Atlanta who got on the board first with a goal by Jackson Conway in the 21st minute.

Brandon Allen sent Memphis into halftime on a positive note by scoring an equalizer in the 44th minute. Memphis continued this positive momentum early in the second half with two quality chances at goal within the first five minutes of play.

After a couple of unfinished opportunities on the other end of the pitch, Atlanta’s Coleman Gannon broke through on a 40-yard run and found the back of the net, putting Atlanta up 2-1 in the 57th minute.

Cal Jennings brought fresh legs to Memphis’s topline subbing in for Allen in the 61st minute. In his second professional appearance, the striker showed of his foot skills and scored his first goal in stoppage time. Jennings’ late goal secured Memphis the tie and their first point in the 2020 season.

Memphis returns to the pitch this Saturday, July 25 to take on Charlotte Independence at AutoZone Park. Approximately 1,000 fans will be allowed in-stadium to celebrate the team’s homecoming.