Memphis Looks Towards Charlotte on Saturday 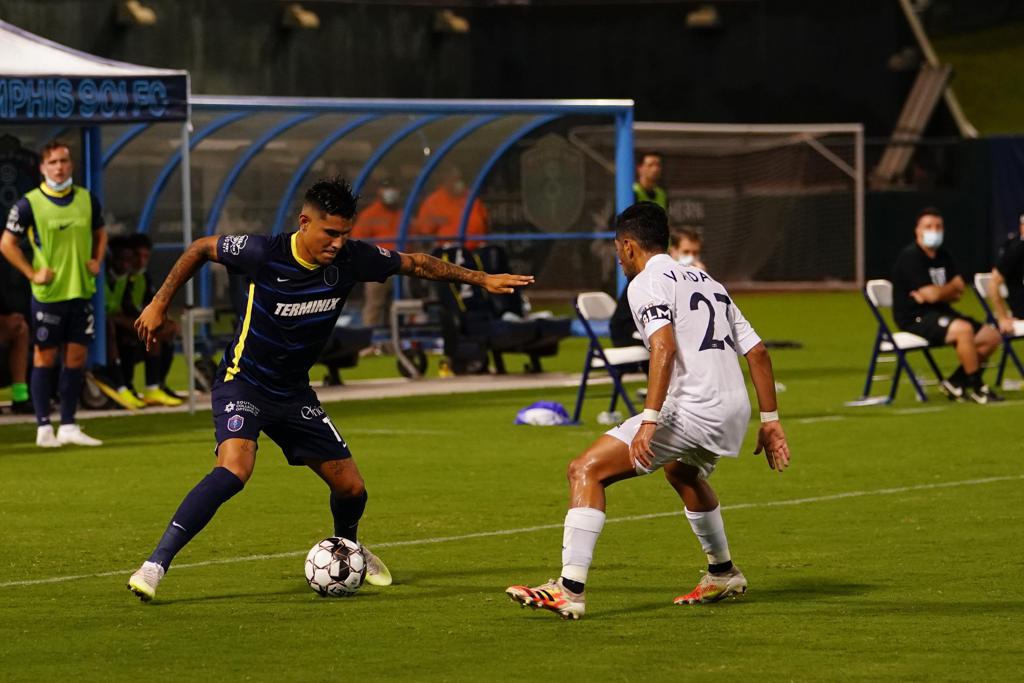 Memphis heads to North Carolina this Saturday to take on Charlotte Independence. Things are heating up in Group G as only two points separate the bottom three teams.

Memphis, coming off a 1-0 loss to North Carolina FC, saw a new energy at training heading into Saturday’s match.

“It was a hard week,” Coach Tim Mulqueen said. “I think the guys are frustrated with the points we’ve left on the table but also more motivated not to let it happen again.”

In the North Carolina match, Memphis defeated NCFC in almost every stat but one, the score. Mulqueen says the team has worked on finishing every day this week and focused especially in areas they failed to finish on Saturday.

The match started with an early goal from Brandon Allen in the 16th minutes, and Memphis went into halftime with a 1-0 lead. Charlotte came out quickly in the second half with a goal from Luke Haakenson in the 51st minute. Although Memphis responded quickly with a goal in the 56th minute by Rece Buckmaster, Charlotte tied things up in the 83rd minute of the match.

Since then, Memphis has seen much more cohesion among their defense and midfield. This cohesion has allowed wingers to get up the field, increasing quality crosses by over 50 percent since two last played each other.

Memphis is looking for their first road win of 2020. Three points would put Memphis back in a playoff sport depending on the results of North Carolina vs. Birmingham.