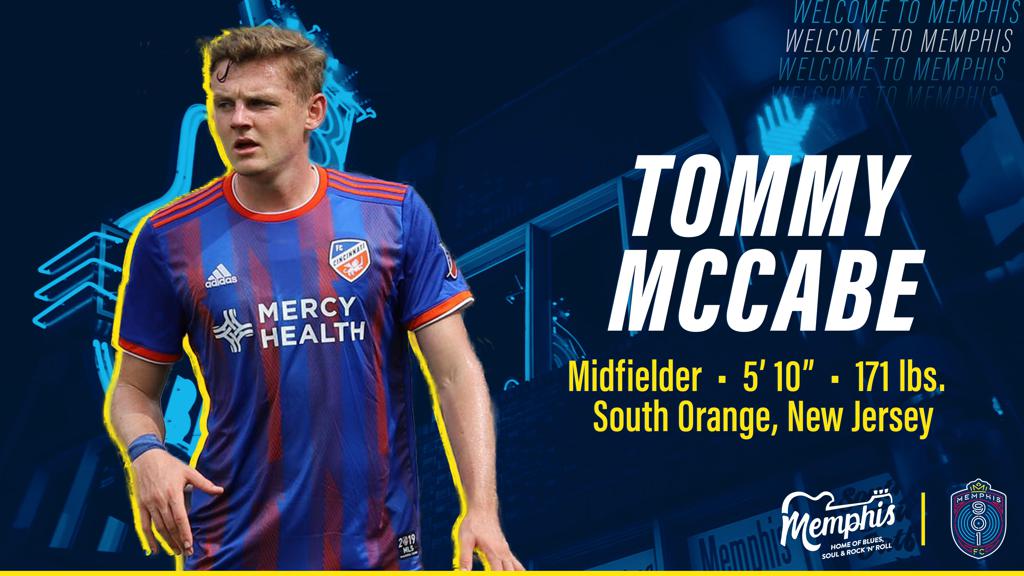 McCabe will look to bolster the 901 FC midfield with his speed and passing accuracy.

“We are excited to bring him to Memphis, his ability to distribute the ball from midfield will help create chances.” Mulqueen said.

McCabe played three years of college soccer at the University of Notre Dame, making 61 appearances, including 60 starts. Following his collegiate career, McCabe was selected 29th overall in the 2019 MLS SuperDraft by FC Cincinnati.

McCabe began last season with North Carolina FC on loan and scored a pair of goals in ten matches played before being recalled by FC Cincinnati in May. He played a total of 244 minutes after being recalled, starting two matches, and making appearances in four others off the bench.

“His work ethic and his experience in the MLS will be beneficial to us on both sides of the ball.” Mulqueen said.

McCabe and the rest of the 901 FC squad will next take the field this Saturday, August 29, on the road against his former North Carolina FC squad at 6 p.m. Fans can watch the match on ESPN+ and CW30 Memphis.