“Equality 4 All” Jersey up for Auction 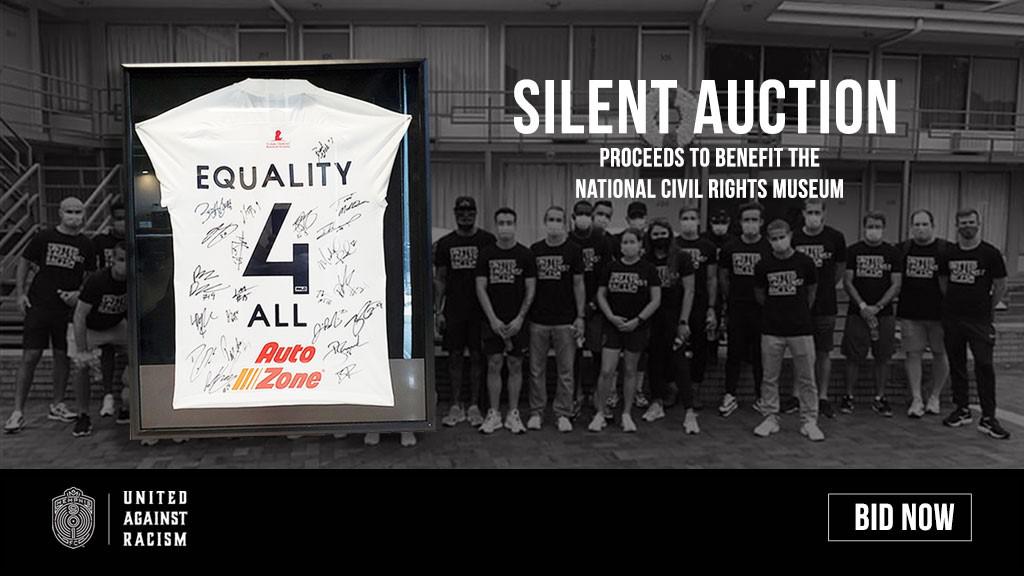 MEMPHIS, Tennessee – Memphis 901 FC is pleased to announce the launch of an online silent auction for a team-signed “Equality 4 All” jersey.  Proceeds from the auction will benefit the National Civil Rights Museum.

The auction is now live at memphis901fc.com/silentauctions and will end at midnight on Saturday, September 26.  The jersey was signed by 26 members of 901 FC on Aug. 29 following the team’s March for Equality that took place between AutoZone Park and the National Civil Rights Museum.

“We are pleased to offer our supporters and fans this opportunity to own a unique piece of memorabilia while also raising money for the National Civil Rights Museum,” said team President Craig Unger.  “Memphis 901 FC is united against racism and we know that the money raised by this auction will be put to good use.”

The jersey is an official road jersey featuring “Equality 4 All” stamped on the back and is enclosed in a shadowbox.  The winning bidder will have the option of picking up the jersey at AutoZone Park or paying to have it shipped.  The starting bid is $150.