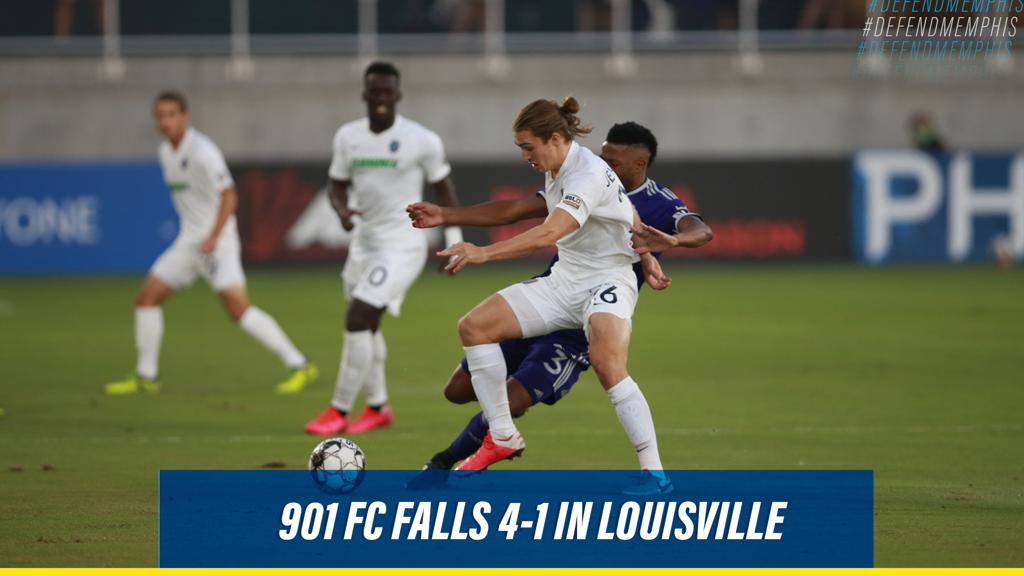 From the start Louisville took command of possession.

In the 14th minute of play Louisville’s Cameron Lancaster, assisted by Brian Ownby on a fast break, scored on sliding left-footed shot from the middle of the box.

Memphis got on the score board late in the first half with a goal by Cal Jennings. After a shot by Keanu Marsh-Brown, Jennings found himself at the front of the goal with a rebound from Louisville keeper Ben Lundt at his feet. The goal from Jennings was his third goal in two matches.

While Memphis seemed to have more energy in the second half, especially after three substitutions in the 58th minute where Raul Gonzalez, Jose Bacter and Rafa Mentzingen were brought into the match, Louisville added to their lead in the 72nd minute.

Lancaster’s second goal of the match, and 50th in his career, came with a tap-in on a back door rebound. From there Memphis seemed to drop off giving up another goal in the 84th minute of the match.

Following the loss in Louisville, Memphis is now eliminated from playoff contention. Memphis returns to the pitch Wednesday at AutoZone Park. Kickoff is set for 7 p.m. and tickets will go on sale to the public on Monday, Sept. 21.