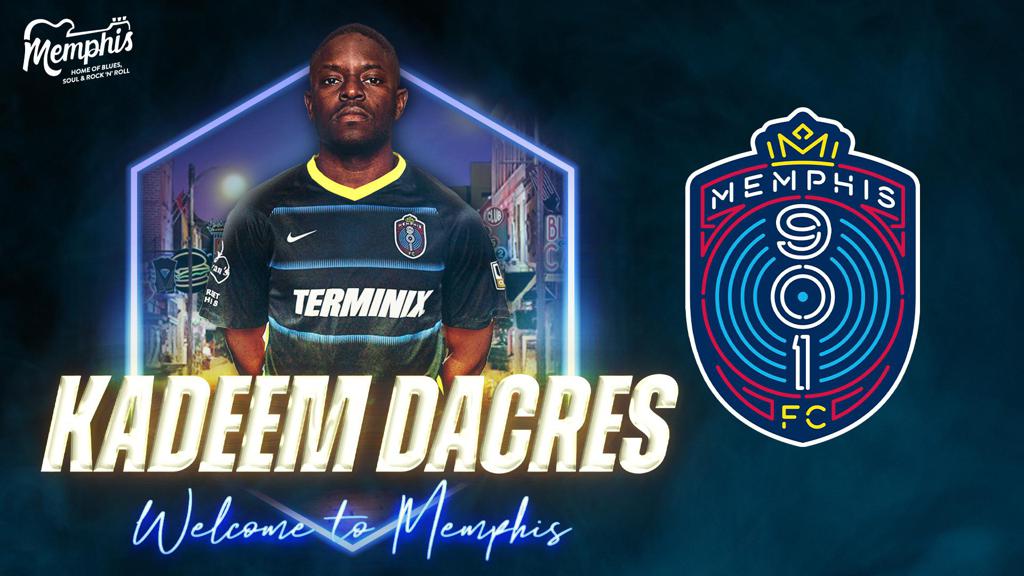 “Kadeem will provide us with pace and a constant attacking threat on the wing as well as a high work rate,” Howard said. “His ability and high-level experience in the USL make him an exciting addition to our roster.”

He has played over 10,000 minutes with 18 career goals and seven assists.

Before his professional career, Dacres played collegiate soccer at the University of Maryland-Baltimore County where he was awarded as an NSCAA All-American and American East Midfielder of the Year.