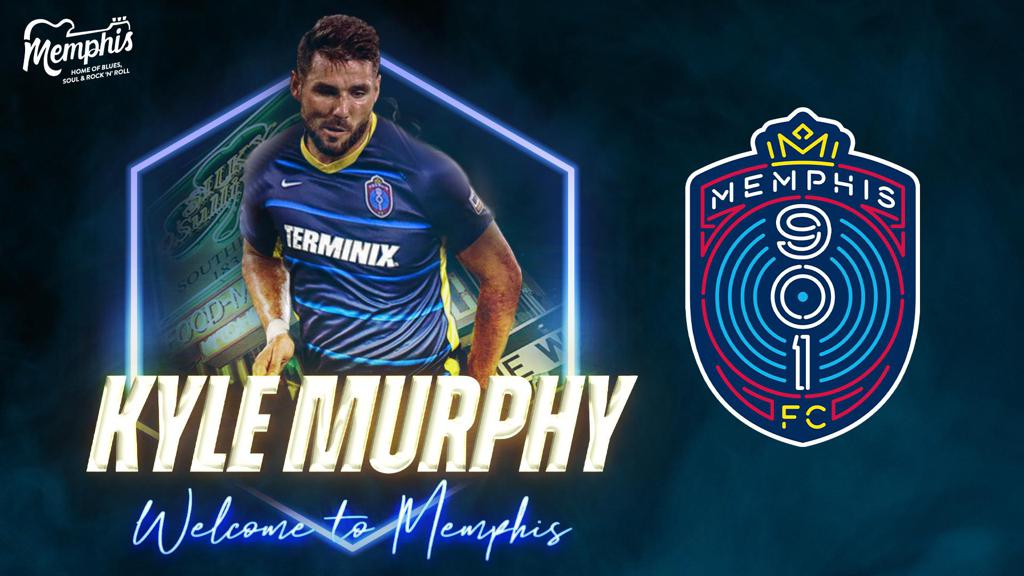 “Kyle is a hard-working, dangerous attacker with loads of experience in this league. We’re adding a true professional with captain experience and an impressive goal-scoring record to our frontline,” Sporting Director Tim Howard said.

Murphy has five seasons of USL Championship play under his belt with a 13-goal season for Loudoun United FC in 2019. He spent last season with the Tampa Bay Rowdies who made it to the USL Championship Final which was canceled due to COVID-19.

Prior to Loudoun, he spent one season with San Antonio FC and two seasons with Rio Grande Valley FC.

Murphy joins fellow newcomers Kadeem Dacres and John Berner along with returners Zach Carroll, Dan Metzger and Mark Segbers as Memphis continues to build its roster for the 2021 season.