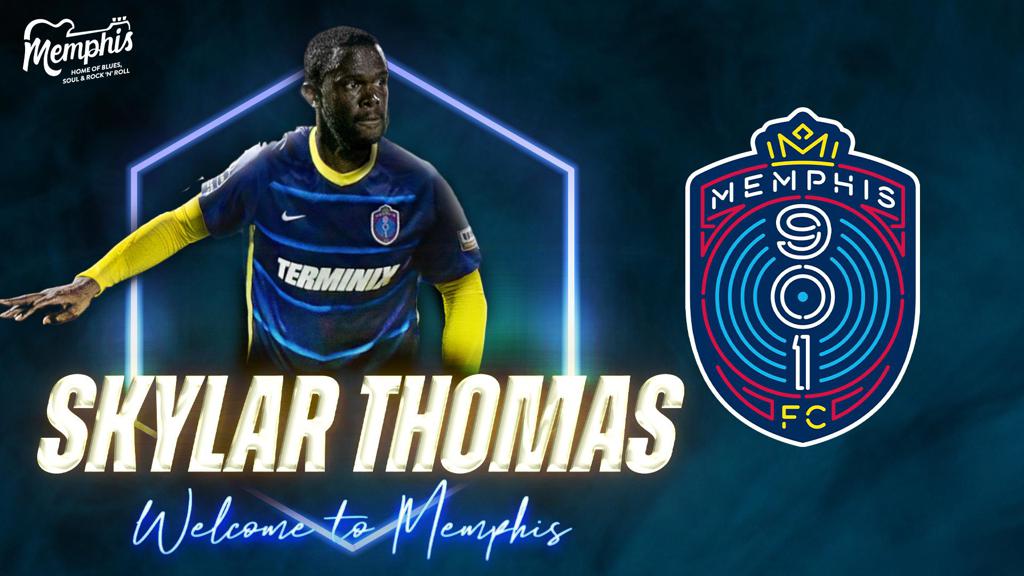 Thomas has played five seasons within the USL Championship and one season in the Canadian Premier League tallying six goals and four assists in over 130 professional appearances.

“As an experienced player in this league, Skylar will bring intelligence and calmness to our defensive unit. His size and athletic ability make him a handful to deal with,” Howard said.

The 6-foot-4-inch defender brings strength in the air and tough 1-v-1 defending to Memphis’s backline. With Pittsburgh in 2020, Thomas won 70 percent of aerial duels and 76 percent of tackles.

Along with Pittsburgh, Thomas has played for Charleston and Toronto FC II. In his five seasons of Championship play, his teams have reached the playoffs three times.

Prior to his No. 11 selection by Toronto FC in the 2015 MLS SuperDraft, Thomas played collegiate soccer at Syracuse University.