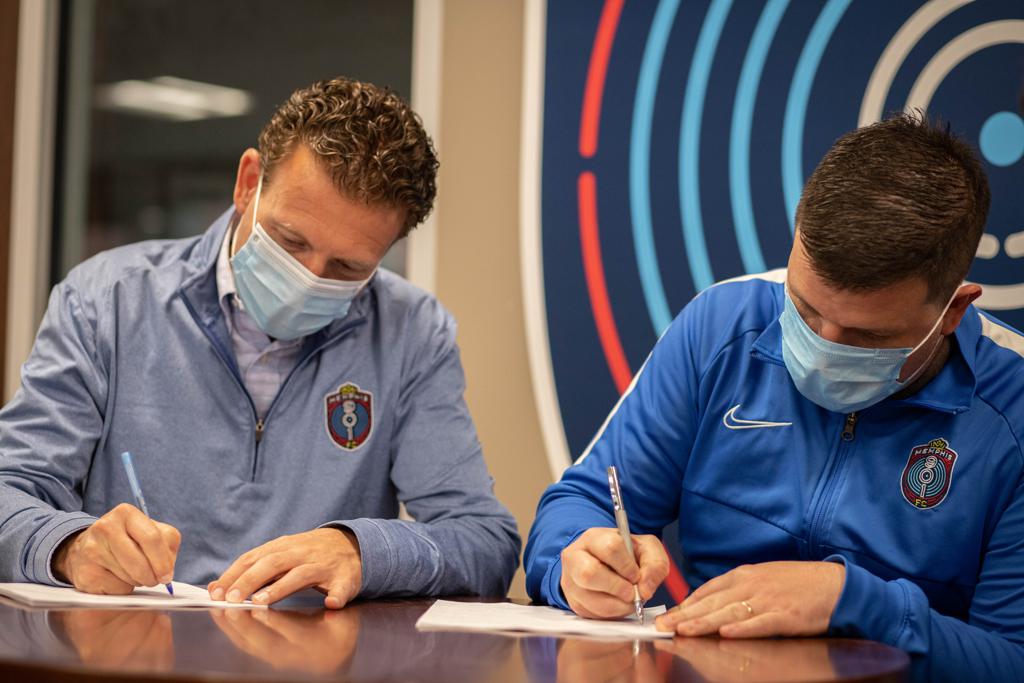 Pirmann Looks to Build on Late Success of 2020 Season

MEMPHIS, Tennessee – Memphis 901 FC announced Ben Pirmann will take over as head coach for the 2021 season on Thursday.

“Highly qualified individuals both domestic and foreign were interviewed, but we feel that Ben provides us with the best chance of taking this team closer to our goal which is to make the playoffs and bring a trophy to Memphis,” Sporting Director Tim Howard said. “You will not find an individual who works harder and gives more for this club.”

After the dismissal of former Head Coach Tim Mulqueen in September, Pirmann took over as interim head coach for the remaining three matches of the season.

During Pirmann’s time as interim head coach, Memphis was 2-1 with great increases in offense. In the final three matches of the season, the club nearly double its shots per game and scored seven goals raising from an average of 1.41 goals per match to 2.3 goals per match.

“Ben knows the history of this club, he knows this market and the expectations of our supporters. Most importantly, he knows what this team needs to do to deliver more wins,” Craig Unger, Memphis 901 FC president said. “Last year was challenging on many fronts, and despite all of those challenges, Ben stepped up and proved that he is a leader and worthy USL Championship Head Coach.”

Prior to coming to Memphis, Pirmann filled the role of assistant coach at his alma mater Michigan State University from 2011 to 2018. In his eight years at Michigan State, Pirmann helped lead the Spartans to six NCAA tournaments, four Elite Eight appearances and, in 2018, he helped them reach the NCAA Tournament College Cup for the first time in 50 years. He was named back-to-back Top Assistant Coach by College Soccer News in 2016 and 2017.

While in Michigan, Pirmann was also head coach of Detroit City FC, formerly of the NPSL. Over six seasons, Pirmann led Detroit to a 49-17-17 record,  a conference final, a regional final and a national semifinal.