All Matches Closed to Fans 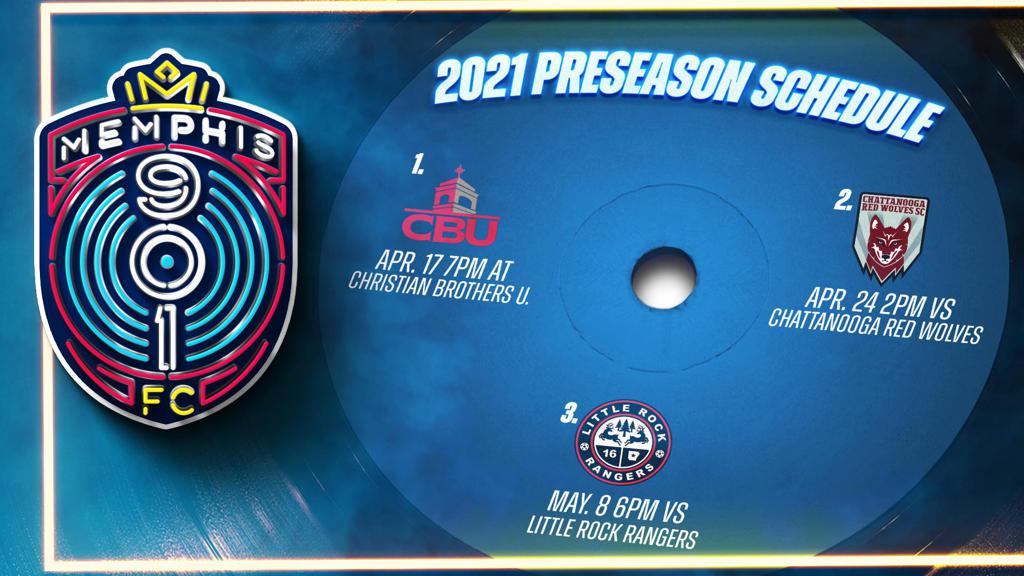 All Matches Closed to the Public

MEMPHIS, Tenn. – Memphis 901 FC has announced the club’s full preseason schedule, starting with a matchup against Christian Brothers University this Saturday, April 17 at 7 p.m. CBU will be opening the gates to a limited number of students, staff and family members as a part of a fundraiser for St. Jude Children’s Research Hospital.

“We are obviously excited to play some proper matches. CBU have been gracious hosts, and we are looking forward to sparring against someone beside ourselves,” Head Coach Ben Pirmann said.

With a month until the club kicks off the 2021 campaign, Memphis will have three matches prior to the season, each on Saturdays. Along with CBU, Memphis will take on the Chattanooga Red Wolve of USL League One and the Little Rock Rangers of USL League Two.

“Our match against Chattanooga Red Wolves will be a good test to see where the group is at in regard to our level of technical execution and tactical implementation,” Pirmann said. “We will round out the preseason with another test against Little Rock Rangers, while we are able to evaluate some of the younger talent in League Two. Overall, we are eager to be back on the pitch and represent our community and this club!”

See below for full preseason schedule.

Additional news and information about the 2021 roster, tickets and more will be available in the coming weeks.