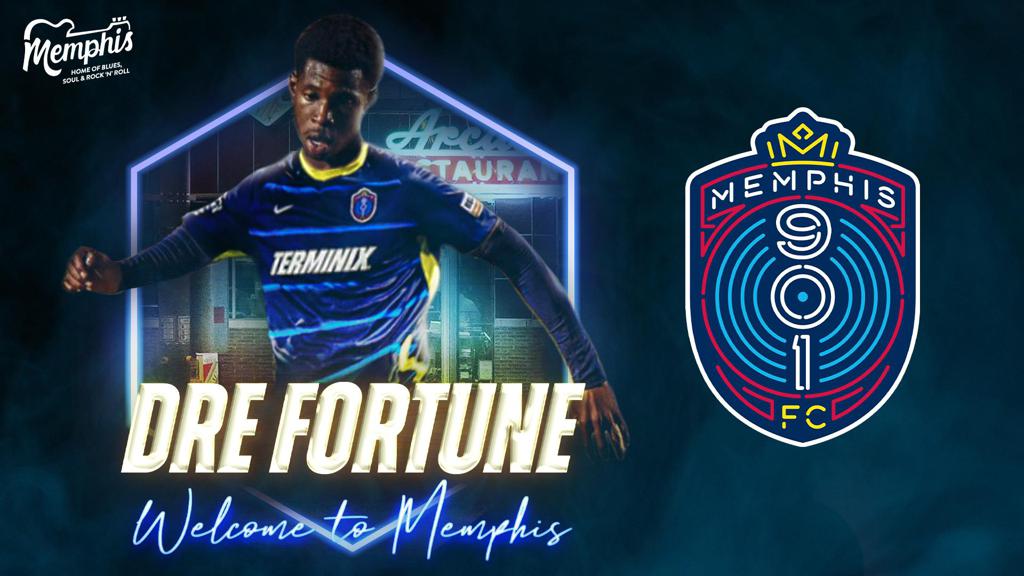 As a Raleigh, N.C. native and member of the North Carolina FC Youth Academy early on in his career, Fortune developed his skills early and garnered international attention. In 2011, the attacking midfielder was invited to train with FC Barcelona and Manchester City FC’s academies where he suffered a fractured leg with the latter.

Involved at the international level early, Fortune worked with his native United States’ U-15 organization before pledging his services to his parents’ native Trinidad and Tobago where he would represent the Caribbean nation at the U-17 and U-20 levels before appearing with the senior team three times since 2019.

Despite nearly signing with three European teams in Vitória FC, Aarhus Gymnastikforening and Servette FC if not for logistical troubles, Fortune signed his first professional contract with the then-USL Championship club Rochester Rhinos in 2015. In Rochester, Fortune made ten appearances and scored his only goal as a Rhino in a U.S. Open Cup victory.

In 2017, Fortune returned to his home state and signed with North Carolina FC to become the club’s first academy product to sign with the first team. Fortune’s career took off in Cary as the midfielder would go on to make 56 appearances for NCFC and score 14 times for the club.

Fortune remained with NCFC until 2020—the same year in which the North Carolinian was named the club’s Offensive Player and Most Valuable Player of the Year after recording a 100 percent penalty kick conversion rate and a team-leading 89.6 percent passing accuracy.

“Dre is a player we have had our eye on for a few years now, so we are thrilled to be welcoming him to Memphis,” James Roeling, Assistant Sporting Director said. “He will bring another attacking element to our midfield as a capable goal-scorer who can also provide assists. We like his experience in this league and believe he will be a big part of our success this year.”

Additional news and information about the tickets and more will be available in the coming weeks and months.