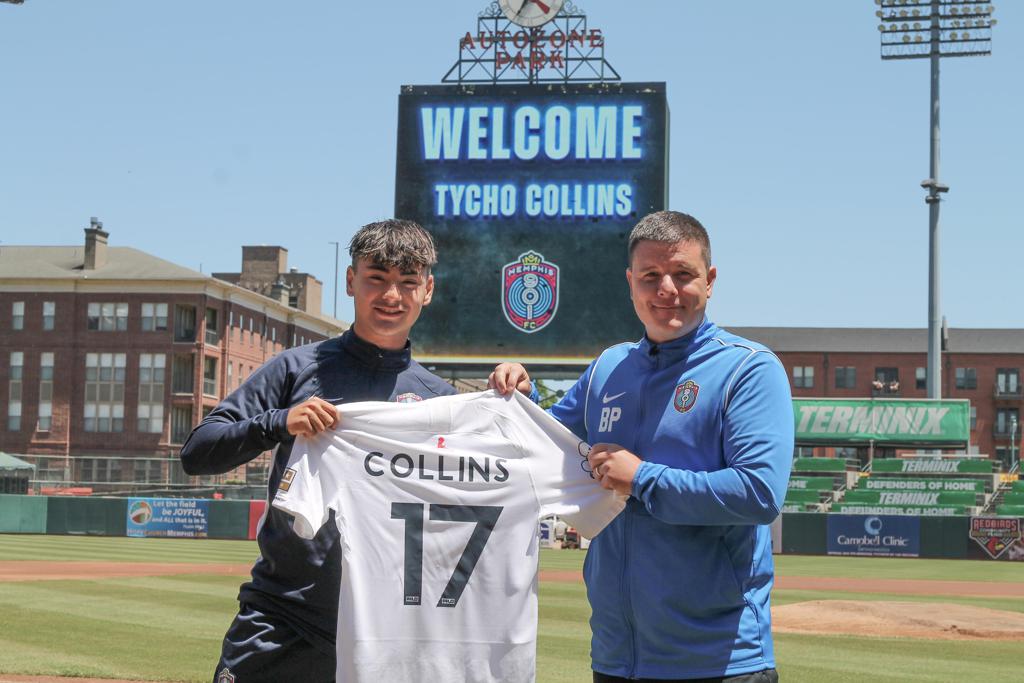 MEMPHIS, Tenn. – Memphis 901 FC announced the signing of the club’s first-ever academy signing on Friday in local product, Tycho Collins. The 19-year-old officially joins the roster after spending the entire preseason with the club.

Born in Shanghai, China, Collins spent the latter years of his childhood in Memphis playing competitively with the Collierville Soccer Association in the Lobos Rush programs from 2013 to 2015 Collins found early success with his club teams, winning state titles at U14 and U15 levels.

In 2015, 14-year-old Collins ventured overseas where he trialed and played in exhibition matches for multiple clubs across three countries. Starting with Shanghai SIPG (now Shanghai Port FC) in China, Collins would also gain valuable playing experience with the likes of English Premier League side Chelsea FC, VVV Venlo in the Netherlands and Shanghai Shenhua, also in China.

After an additional trial with Shanghai SIPG during the summer of 2019, Collins returned to the United States where he finished high school in Boca Raton, Fla. The defender played with club side Team Boca and Spanish River High School after his return, leading his school to a top-three national ranking in 2019. After graduating in 2020, Collins trained for six months with Houston Dynamo FC’s U19 team.

“This signing highlights the club’s intent on promoting the game at the youth level and creating a pathway to professional soccer in the Memphis area,” said Sporting Director Tim Howard. “We have a large population of highly talented young players that can compete at the next level and we couldn’t be more excited to be adding Tycho as our first academy signing.”

Collins brings pace, technique and versatility to the backline He will primarily be implemented as an outside back, but also has experience on the wing and up top.