Pair of MLS Loanees add Depth Ahead of Season Opener 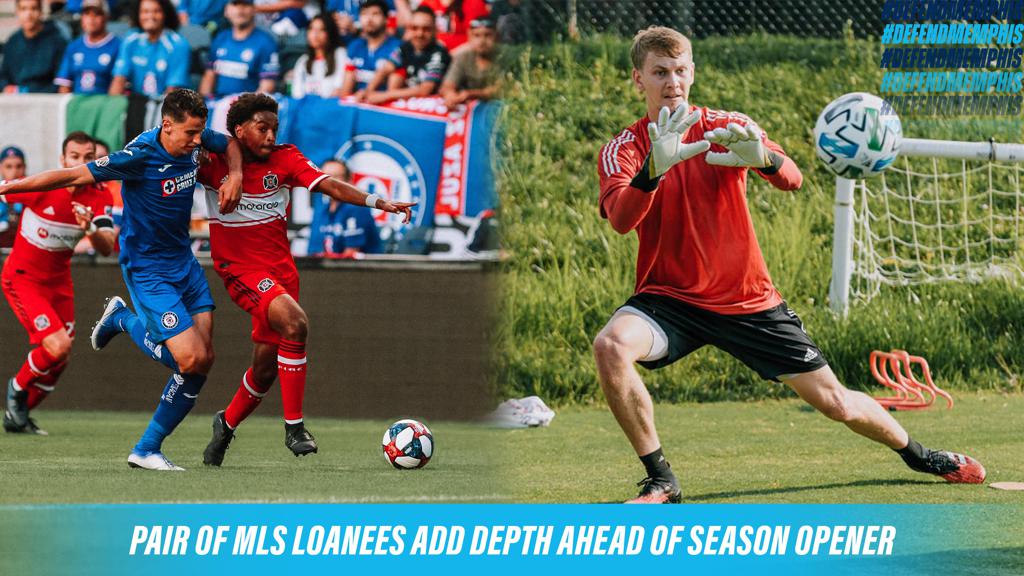 Andre Reynolds began his youth career with his hometown team as a member of the Chicago Fire FC Academy in 2015. Competing in the U.S. Soccer Development Academy league, Reynolds started 87 matches on 89 appearances and scored nine goals as a defender over the course of his four seasons in the club’s academy system. In addition to his time in Chicago, Reynolds has been called in for United States national team camps at the U-18 and U-20 levels.

By 2019, the defender signed as a homegrown player with the senior team becoming the second-youngest player to sign with the Fire. Reynolds made his professional debut against Cruz Azul in the 2019 Leagues Cup and went on to make two additional appearances for the Fire in MLS play during the 2020 campaign.

“Andre is a bright young man with an excellent pedigree with first team and youth national team experience as an attacking left back, said James Roeling, Assistant Sporting Director. “We are thrilled that Chicago Fire have sent him on loan to us for the 2021 season and are eager to integrate him into the team. His ability to transition to attack with speed, as well as his technical skill sets will help our group push to be the team that we want to be this season.”

Positioned behind the defense, Scott joins Memphis on loan from MLS expansion side Austin FC. A Petaluma, Calif. native, Scott began his club career with De Anza Force before signing with Bundesliga side 1. FC Köln in July 2017. While in Cologne, Scott spent his playing time with 1. FC Köln II in Germany’s Regionalliga West where he amassed five clean sheets over 29 appearances.

In August 2020, Scott returned to the United States to sign with MLS side Nashville SC where he was loaned to Sacramento Republic FC shortly thereafter. Scott made two appearances with the Republic before being selected by Austin FC in the 2020 MLS Expansion Draft on Dec. 15, 2020.

As with Reynolds, Scott has experience at the international level, as the keeper has played with the United States’ U-15, U-16, U-18, U-19 and U-20 sides. Scott was awarded the Golden Glove and Best XI honors for his performance in the Concacaf U-20 Championship after allowing just two goals in six games for the United States.

“Brady is a tremendous competitor with youth national team matches and has experience in Europe, MLS and USL Championship,” Roeling said. “Brady is a very steady and consistent goalkeeper and will join a very accomplished and hard-working core of keepers. He’ll continue to push our defensive unit to be one of the toughest teams to play against in the Central Division.”