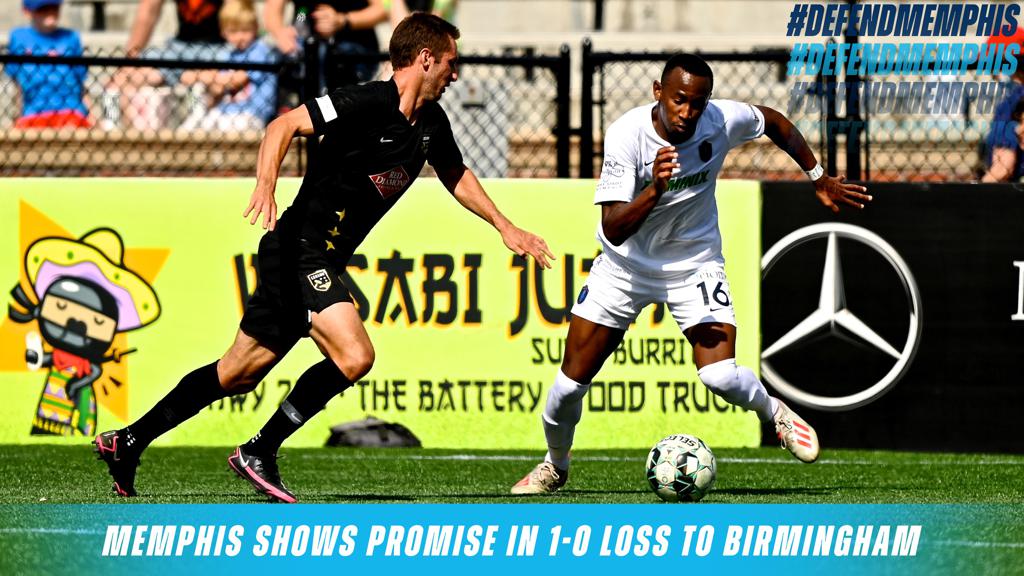 Birmingham, Ala. – Memphis 901 FC dropped a close match to Birmingham Legion FC Saturday afternoon 1-0 at historic Legion Field. In the club’s first match of the 2021 campaign, the Memphis attack was unable to capitalize on a superb nine-save outing from goalkeeper John Berner.

In an opening ten minutes that saw Birmingham come out on the front foot, Memphis settled into the match and season with a number of chances and increased possession as the half progressed. Early on, a curling shot from Michael Salazar tested Birmingham’s Van Oekel as the keeper was forced to fully extend to make the save.

While the offense searched for chances, the story of the match was John Berner and the Memphis backline led by Zach Carroll and Skylar Thomas. With four first-half saves, Berner stopped a number of Legion chances, and the backline came up big in deflecting shots. By the end of the match, Berner had accumulated nine saves and the team had accounted for four blocked shots.

After a scoreless first half of action, Birmingham again came out of the locker room quickly and the Memphis defense made a crucial block. Just ten minutes later, Skylar Thomas made yet another block to stop a Legion chance. After a number of saves, it was a lucky bounce that found its way over Berner in the 60’ via a Neco Brett shot to put Birmingham ahead.

For the final 30 minutes of action in Birmingham, Memphis transitioned to a more urgent and pressing style of play, finding chances before ultimately being thwarted by the Birmingham backline. After an hour and a half of play, the match ended 1-0 in favor of the home side.

Memphis 901 FC has a week off before traveling to Kennesaw, Ga. to take on Atlanta United 2 on Sunday, May 23. Kickoff is slated for 2:30 p.m. Central and can be seen on CW30 – WLMT Memphis and ESPN+.