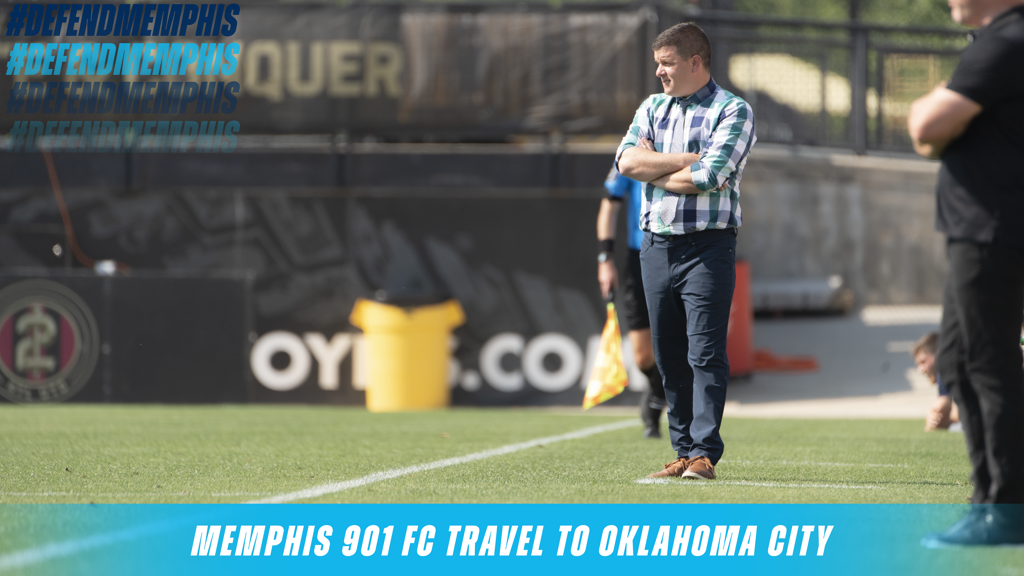 Memphis, Tenn. – After Memphis 901 FC (0-1-1) drew with Atlanta United 2 by a final tally of 2-2 Sunday afternoon, the team will travel to Oklahoma City for this weekend’s first-ever meeting with divisional opponent OKC Energy FC (0- 3-2). The match will take place at Taft Stadium at 7:30 p.m. CT and be televised on CW30 Memphis and ESPN+.

Recording a goal and an assist in last weekend’s draw, Kadeem Dacres earned USL Championship Team of the Week honors for his performance. Dacres hammered home a perfect cross from Mark Segbers in the 45’. In his return to Kennesaw, Laurent Kissiedou scored the then go-ahead goal against his former club via a through ball from Dacres. While Memphis led into stoppage time, the USL Championship Player of the Week, Aiden McFadden, salvaged a draw for Atlanta with a goal in 90+3’.

Memphis finds itself eighth in the Eastern Conference’s Central Division, two spots below the winless OKC Energy. OKC’s season is off to a rocky start as the team is coming off a single win in last year’s shortened campaign. After opening the 2021 season with a 1-3 defeat at the hands of in-state rival FC Tulsa and a subsequent loss to Atlanta United 2, the Energy secured back-to-back draws with Sporting Kansas City II and Atlanta United 2 before losing once more to Birmingham Legion FC.

While averaging less than a goal a match, OKC fields a pass-heavy offense as Mitchell Osmond, Conor Donovan, Robert Coronado, Hiroki Kurimoto and Aidan Daniels all rank in the top-16 in total passes in the Eastern Conference. Fostering more assists, midfielder Villyan Bijev is tied for the league-lead in assists with two. On the back end, goalkeeper C.J. Cochran is tied with John Berner for the league-lead in saves with 13.

Although this is the first matchup between the two squads, Memphis 901 FC will square off against the Energy three more times during the 2021 season. Next up, the teams will meet at AutoZone Park on June 19 in what will be Memphis’ second home match of the young season. The remaining two matches will take place on August 7 and September 1.