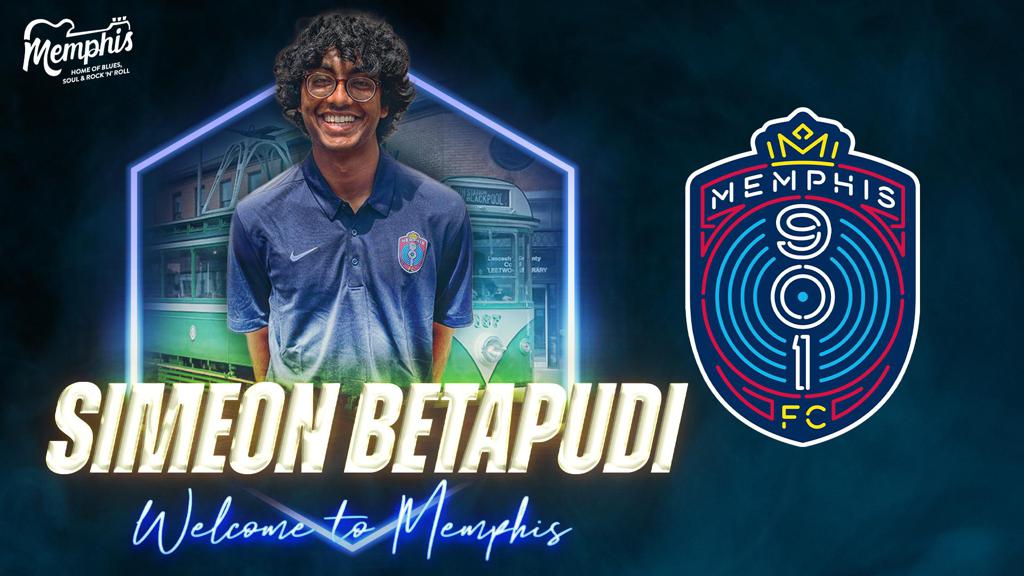 MEMPHIS, Tenn. – Memphis 901 FC announced the signing of the club’s second-ever academy product in local 17-year-old winger Simeon Betapudi pending league and federation approval. After serving as a ball boy for the club in 2019, Betapudi will suit up as an attacking player for Memphis during the 2021 season.

Born and raised in Memphis, Betapudi started playing soccer at the age of four and has more recently played for Memphis FC since 2013 as well as the Region III Olympic Development Program since 2019. With ODP, Betapudi participated in Interregional Events in 2019 and 2020. In addition to traditional soccer, Betapudi has played futsal with the Futsal Academy.

“Simeon is one of the top youth players in the Mid-South and we are excited to integrate him into the first team,” Head Coach Ben Pirmann said. “His current youth coach Carl Schmitt has done an excellent job of identifying and preparing him for our club’s environment, and we can’t wait to see what the future holds for Simeon and the Betapudi family.”

“It’s surreal because just a year or two ago I was a ball boy, and I would watch them play, and I thought they were really good,” Betapudi said. “It’s fun, but at the same time, it’s motivating to get to play with those guys that you watched and really wanted to emulate. Just to be a homegrown player in the Memphis atmosphere is really exciting.”

Outside of the sport, Betapudi is a rising senior at Memphis University School and excels academically with a 4.96 GPA, 35 ACT score and was a Tenn. state geography bee winner in 2017. Joining Tycho Collins as an academy player in Memphis, Betapudi will maintain his college eligibility.