Memphis earn a hard-fought point on the road 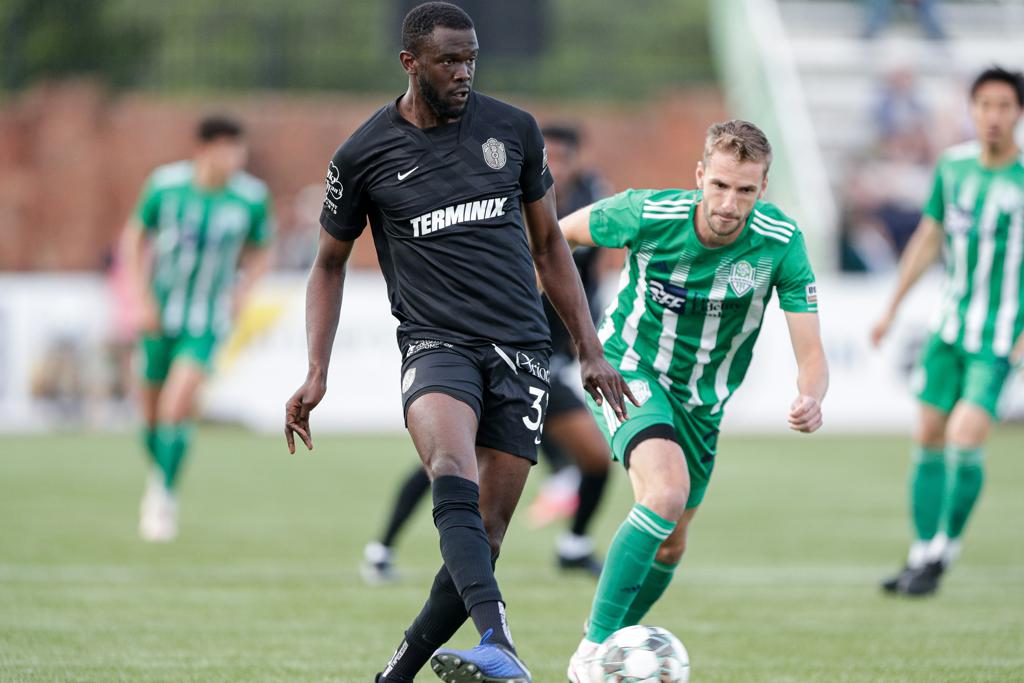 Oklahoma City, Okla. – Memphis 901 FC (0-1-2) earned a point in a scoreless draw on the road Saturday evening against OKC Energy FC (0-3-3). While chances were had on either end, both keepers stepped up to keep the back-and-forth affair goalless at full time.

The Energy tested John Berner and the defensive backline early as Frank López and Samuel Rogers fired off shots in the 2’ and 3’, respectively. It wasn’t until the 8’ that things started to favor the Memphis attackers as Kadeem Dacres, Mark Segbers and Laurent Kissiedou all rattled off shots within the span of ten seconds as Memphis crowded the OKC box. Dacres had another shot at finding the go-ahead goal as he sent a header inches above the crossbar in the 22’. OKC’s pressing attack ramped up as the second half wound down and Berner made a crucial save in the 39’ to keep the match tied at the half.

The second half started with another big-time save from Berner as the keeper parried the ball away in the 49’. As the second half progressed, there was a brief lull in the action as fatigue set in and both sides fought to maintain possession. As the match approached the 70’, things started to get chippy as both sides had players cautioned. Kadeem Dacres received a yellow card in the 72’ before picking up a second in the 89’. He was ejected for the remaining few minutes of action.

Despite the ejection, Dacres led the team in tackles and possessions gained. Laurent Kissiedou had another solid outing as the Ivory Coast-native led the team in total shots, shots on target and key passes. Leston Paul’s first match back saw the captain have a precise performance as he led the team in successful passes. Berner earned Buff City Soap Man of the Match honors once more as he recorded four saves en route to the first clean sheet of the season.

“I’m proud of the boys tonight, we fought hard and overcame some obstacles out there,” Head Coach Ben Pirmann said. “We need to be better in possession, especially in our half. We’re going to face one of the best teams in the league next week and it’ll be tough, but sometimes, when you’re pushed into a corner, the best in you comes out.”

Up next, Memphis will face a hot Indy Eleven team at Michael A. Carroll Stadium in Indianapolis this Saturday, June 5 at 6:00 p.m CT. The match can be seen on CW30 – WLMT Memphis and ESPN+.