Memphis Aims to Knock Off Division Leader in Indy 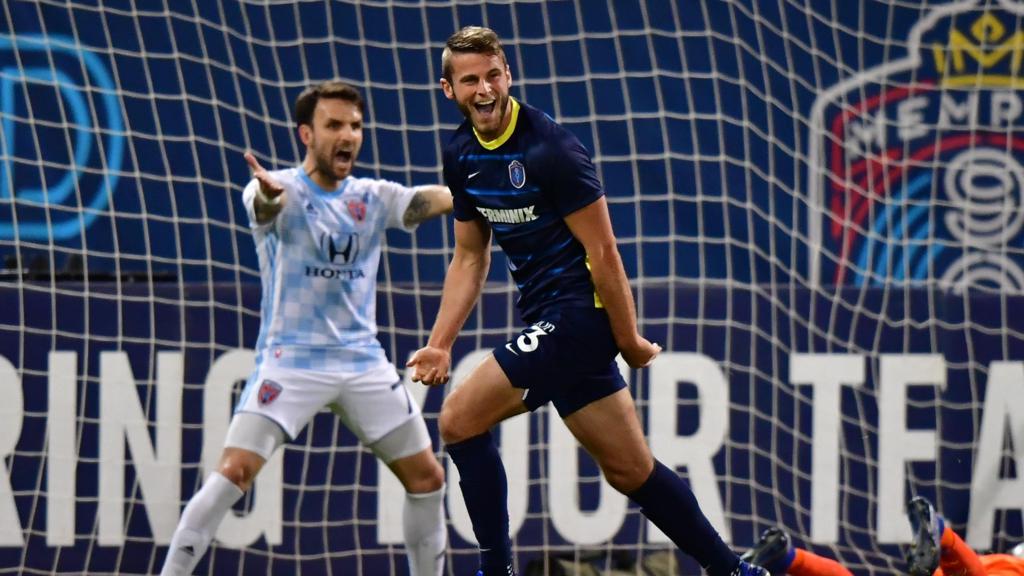 Memphis, Tenn. – Following a scoreless draw with OKC Energy FC last Saturday, Memphis 901 FC (0-1-2) resumes its five-match road trip to start the season as they travel to Indianapolis to face divisional opponent Indy Eleven (3-1-1). The match will take place on Saturday, June 5 at IU Michael A. Carroll Track & Soccer Stadium at 6:00 p.m. CT and be televised on CW30 Memphis and ESPN+.

In a chippy game that saw six yellow cards distributed and no goals scored between the two sides, Memphis was forced to settle for a point on the road in their first-ever meeting with the Energy. Goalkeeper John Berner had another big day between the sticks as the veteran keeper made four saves on his way to the first clean sheet of the season. Berner now sits at third in the league with 17 saves and holds a commanding 85% save success rate.

Despite the lack of goals, Memphis had chances as Laurent Kissiedou’s form continues to improve as he led the team in shots, shots on target and key passes. With a number of cautions issued by referee Matthew Corrigan, Kadeem Dacres picked up a duo of yellow cards in the 72’ and 89’ leading to a suspension for the upcoming match against Indy Eleven.

Memphis 901 FC has a thinned roster heading into Indianapolis as at least three players are unavailable for selection due to various reasons. Kadeem Dacres is serving his one-match suspension due to a red card picked up in the OKC match while Dre Fortune and Raúl González will miss one match at a minimum on international duty as their respective countries attempt to qualify for FIFA World Cup 2022 Qatar.

On the other side of the pitch, Indy Eleven have started the season hot accumulating three wins and a draw in five contests thus far. Averaging over a goal a match as a team, Indy’s leading scorer, forward Jordan Hamilton, is tied for seventh in the league with three goals and was recently named to the USL Championship Team of the Week. Additionally, midfielder Gordon Wild has started the season strong as the German leads the Eastern Conference in assists with three.

Indy Eleven has controlled the three previous meetings between the two clubs as the series started off with back-to-back 3-0 victories for Indy in 2019 before Memphis succumbed to a 4-2 defeat last season. The next matchup between the two sides is scheduled for July 17 in Indianapolis before the sides return to Memphis to face off on September 22. Finally, the two will meet again in Memphis on October 30 to conclude the 2021 campaign.