Laurent Kissiedou Named to USL Championship Team of the Week 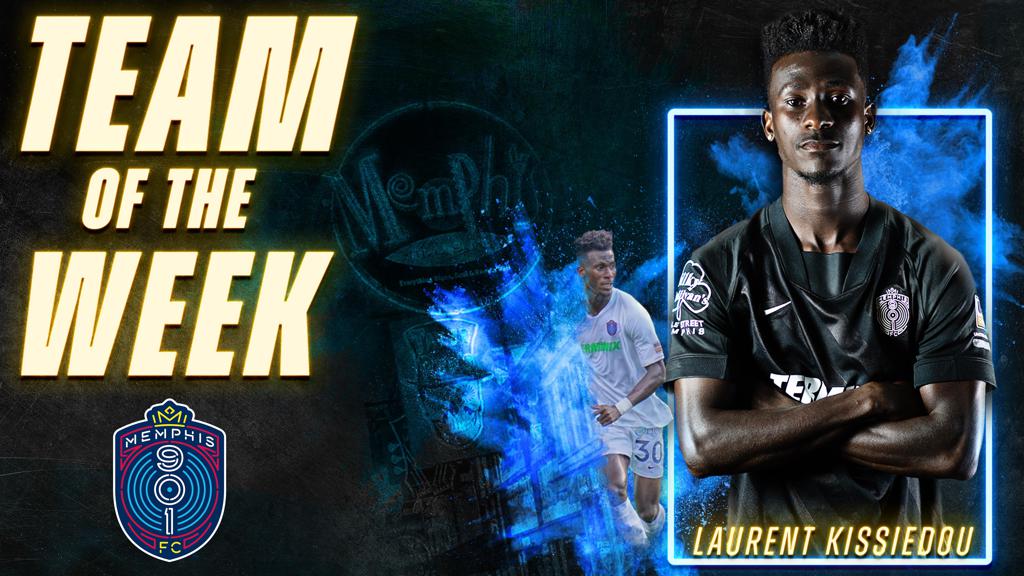 Memphis, Tenn. – Midfielder Laurent Kissiedou has been named to the USL Championship Team of the Week presented by Cleer Audio for Week 7. Kissiedou earns the honor after assisting Michael Salazar’s goal in the 3’ and leading the team in shots on target, key passes and assists in Saturday’s 2-1 win at then-division leader Indy Eleven.

Kissiedou started the action for Memphis 901 FC quickly as the Ivorian settled a ball at the edge of the center circle before dishing up a perfectly weighted through ball that split two Indy defenders to land at the feet of Salazar. Taking the ball in stride, Salazar cashed in on the ball from Kissiedou to give Memphis 901 FC the lead as the striker claimed the quickest goal in club history.

Adding on to an efficient evening, Kissiedou led the team in touches, successful passes, total crosses, good crosses, open play crosses and good open play crosses. The midfielder also recorded two key passes, completed 27 of 31 passes and won 7 of 10 duels. After the first four matches, Kissiedou is tied for the club-lead in goals, assists and chances created while the midfielder leads Memphis in shots.

Kissiedou’s first Team of the Week honor is the second such selection for Memphis 901 FC in just four matches after Kadeem Dacres earned a Team of the Week selection in Week 5. Kissiedou and the rest of the squad will wrap up their five-match road trip against Louisville City FC on Saturday, June 12 at 6:30 p.m. CT. The match will be broadcast on CW30 – WLMT Memphis and ESPN+.