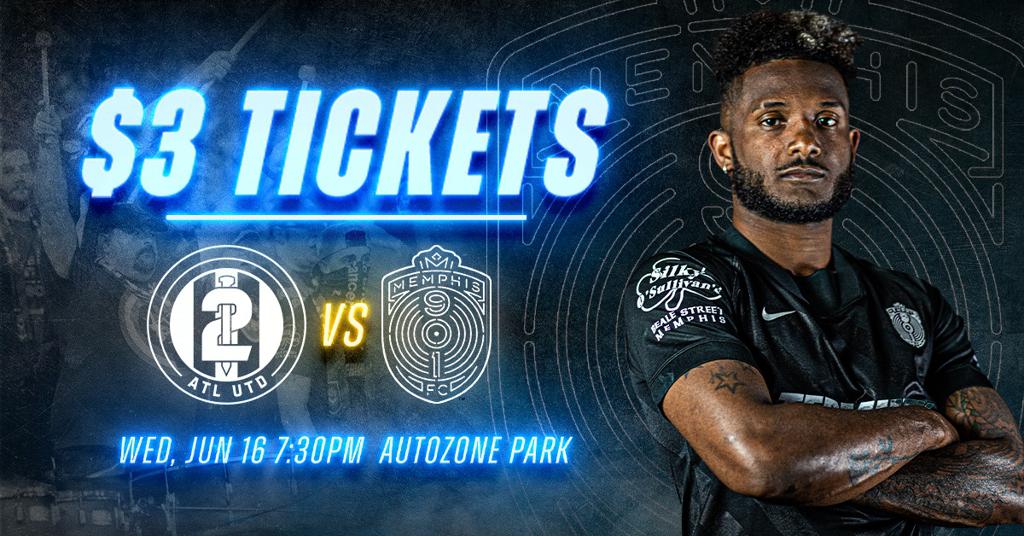 Memphis, Tenn. – For the first home match of the club’s third season, Memphis 901 FC will offer $3 tickets to the first 901 ticket buyers, presented by Orion Federal Credit Union, the club announced today. This deal is available now at memphis901fc.com and will run while supplies last.

After starting the season with five away matches, Memphis 901 FC will host three matches over the span of 11 days at AutoZone Park.

Memphis 901 FC kicks off the home campaign on Wednesday, June 16 at 7:30 p.m. against Atlanta United 2. Following Wednesday’s match, Memphis will host back-to-back Saturday matches against OKC Energy FC on June 19 at 7:30 p.m. and against Sporting Kansas City II on June 26 at 7:30 p.m.