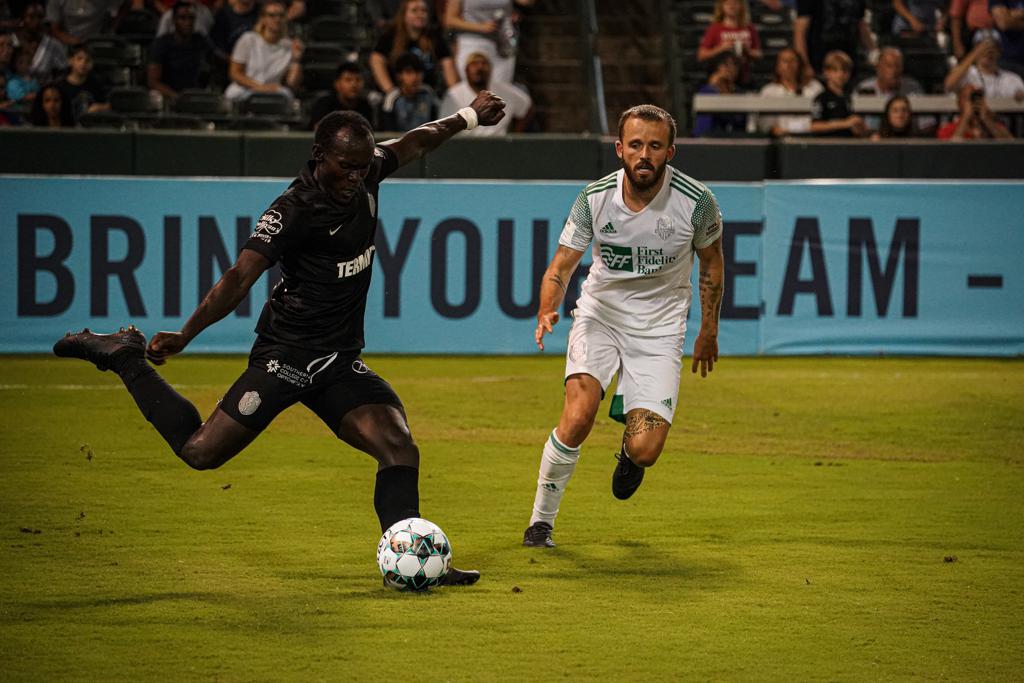 After starting off the match with a corner within the first minute of play—the second such time in three matches—Memphis struggled to maintain possession and pressure the OKC backline. While the Energy threatened, the new man in goal—Brady Scott—made his first save with Memphis in the 4’. After an early burst, however, OKC took control of the match as the visitors would threaten in the 12’ with a goal disallowed for a handball before Villyan Bijev would squeeze a header just inside the post in the 14’ to give the Energy an early lead.

After making a pair of halftime adjustments, Memphis came out of the break with a newfound vigor as the home side began to regain possession and threaten the visitor’s defense. Midfielder Kadeem Dacres threatened in the 61’ with two point-blank shots on target, but Energy keeper C.J. Cochran came to the visitor’s rescue with two crucial stops. The OKC keeper would go on to make a season-high seven saves on the evening.

Later earning Buff City Soap Man of the Match Honors, Dacres’ strong outing continued in the 69’ and 72’ as the midfielder sent in two near-perfect balls, with the first resulting in a Michael Salazar deflected header off the keeper and finally the crossbar, and the second resulting in a corner kick. The luckless evening continued as a Kyle Murphy shot deflected off the post not long after in the 75’. Despite OKC’s Robert Coronado receiving a second yellow card in the 90’ and 901 FC creating several late chances, Memphis was forced to swallow a 1-0 defeat at full time.

Although conceding one goal, the match marked the first time Brady Scott suited up for Memphis as the 21-year-old recorded two saves on the evening. Zach Carroll had a strong showing as the defender led the squad in total passes, successful passes, touches and aerial duels—winning all ten of the latter. On top of that, Carroll also led the team in clearances and interceptions. Earning MOTM honors, Kadeem Dacres led Memphis in total shots, shots on target and fouls won.

“The only things I wrote on the board before the match were about our spirit, our mentality and our emotion,” Head Coach Ben Pirmann said. “To us and to OKC, this is like a playoff game. This was a big game in their [OKC Energy FC] season and they won it. They deserved to win. We talked about the two things we can control in life: attitude and effort, and I think we lacked that at the beginning, and that’s on me.”

“I thought we were unlucky on the night,” Kadeem Dacres added. “We had a lot of chances in the second half, and we hit the post a couple of times. It was just one of those nights. On the bright side, we were getting those chances, so we just have to continue to work hard in training and come back sharper next week.”

Memphis 901 FC will have one more match in their three-match homestand—this time against divisional opponent Sporting Kansas City II. Next Saturday’s Pride Night is scheduled for 7:30 p.m. CT on June 26 and can be seen on CW30 – WLMT Memphis and ESPN+. For information on tickets, please click here.