Mark Segbers Named to USL Championship Team of the Week 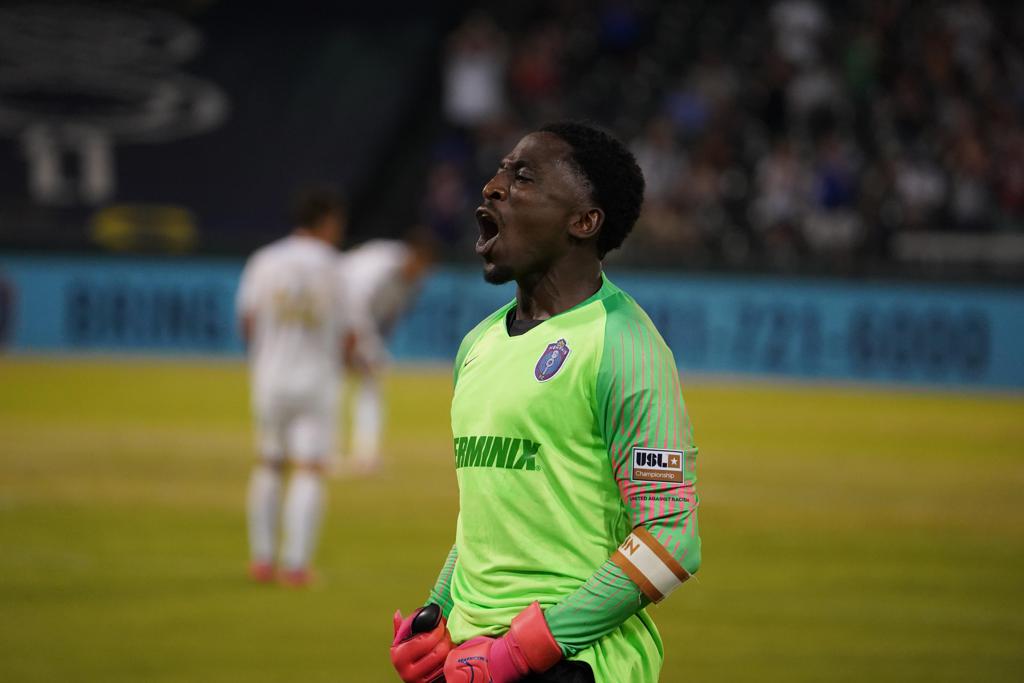 Memphis, Tenn. – Mark Segbers has been named to the USL Championship Team of the Week presented by Cleer Audio for Week 9. While the defender has earned the accolade in his natural position, Segbers propelled himself to a TOTW position and the club to a victory by suiting up in goal after fellow St. Louis-native John Berner went down with an injury.

Holding a one-man advantage and a 1-0 lead thanks to a Skylar Thomas goal in the 75’, Segbers had a strong showing heading into stoppage time against Atlanta United 2 on Wednesday night. The defender was having an exceptionally efficient evening as he led the team in key passes, total passes, successful passes, total passes in Atlanta’s half, good passes and crosses, touches and possessions gained.

As stoppage time rolled around, disaster struck as goalkeeper John Berner went down with what later was determined to be a serious Achilles injury. With Memphis out of substitutions, Segbers put on Berner’s keeper kit and went into goal, evening the match with nine field players on each side of the pitch. Incredibly, Segbers—who had previously never played in goal during the entirety of his career—made two crucial saves to preserve Memphis’ one-goal advantage.

While the club would go on to drop a tough 0-1 contest at AutoZone Park to OKC Energy FC on Saturday, Segbers again showed out, this time in his natural position along the defensive backline. Segbers contributed with the third-most touches on the team and the third-highest passing accuracy on the evening at 83.7%.

While it’s not the first time Segbers has been named to the USL Championship Team of the Week, it does serve as the first time he has received the honor while playing for 901 FC. Segbers and the rest of the squad will wrap up their three-match homestand as the defender will face off against his former club, Sporting KC II, for the first time on Saturday, June 26 at 7:30 p.m. CT. The match will be broadcast on CW30 – WLMT Memphis and ESPN+. Ticket information for the club’s annual Pride Night match can be found here.