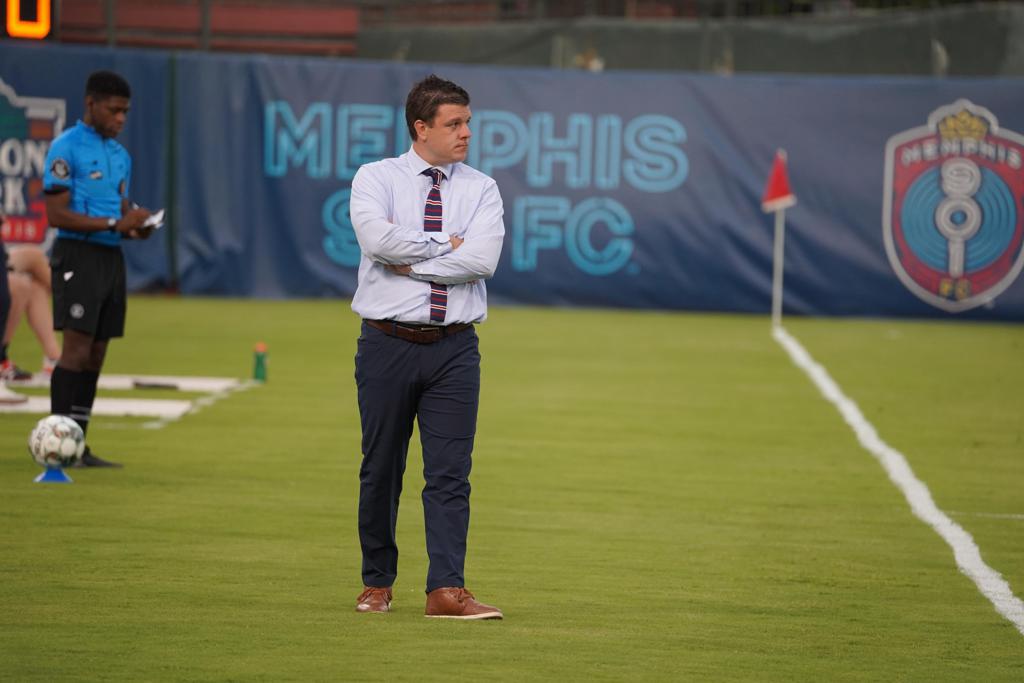 Memphis, Tenn. – It’s Pride Night at AutoZone Park as Memphis 901 FC host Sporting Kansas City II this Saturday at 7:30 p.m. CT. After a close loss against visiting OKC Energy FC, Memphis will look to rebound as it ends its first homestand of the season.

OKC came into AutoZone Park without a win on the season looking to grab three points on the road. After their first-ever meeting in Oklahoma City on May 29 resulted in a scoreless draw, the Energy escaped Memphis this time with a 0-1 victory in hand after an early Villyan Bijev goal squeezed inside the post in the 18’. Despite a strong second-half showing from the 901 FC attackers—featuring a number of shots off the post—and a man advantage in stoppage time, Memphis could not overcome the early OKC lead.

Sitting at seventh in the Central Division standings heading into Saturday, Memphis 901 FC will square off with Sporting Kansas City II, a club that finds itself in last place in the division. Similarly, Sporting II is coming off of a 1-0 defeat at the hands of OKC Energy FC, capping off a three-match losing streak to accompany their 1-6-4 start to the season. With its only win of the season coming against FC Tulsa on June 2, Sporting II will come to AutoZone Park eager to finish a match on the right note as the club has not lost a contest by more than a one-goal margin since May 22.

Brady Scott will return to goal as the Austin FC loanee will pick up where he left off on Saturday with a two-save night. Coming off a USL Championship Team of the Week selection, Mark Segbers will look to continue his efficient play as the defender had an exceptional night against Atlanta United 2 last Wednesday where he not only stepped into goal to record the game-winning save but also led the team in key passes, total passes, successful passes, total passes in the opposition half, good passes and crosses, touches and possessions gained, all as a defender. Lastly, Laurent Kissiedou will continue to grow his attacking form as the midfielder is tied for the team-lead in goals, leads the club in assists and is tied at seventh in the league in crosses.

Memphis 901 FC has not matched up with Sporting Kansas City II since the Swope Park Rangers days back in 2019 where the two sides faced off in Kansas City, playing to a 2-2 draw, and later in Memphis, which resulted in a 4-2 Memphis 901 FC victory. In the two sides’ first meeting, current 901 FC defender and former Ranger, Mark Segbers, scored in the 68’ for Swope Park.

This is the first of four meetings between Memphis 901 FC and Sporting Kansas City II. The next two matches between the sides will take place in Kansas City on August 1 and August 29 before the final match in Memphis on October 6. Ticket information for Saturday’s match at 7:30 p.m. CT can be found here. The match can be seen on CW30 Memphis and ESPN+.