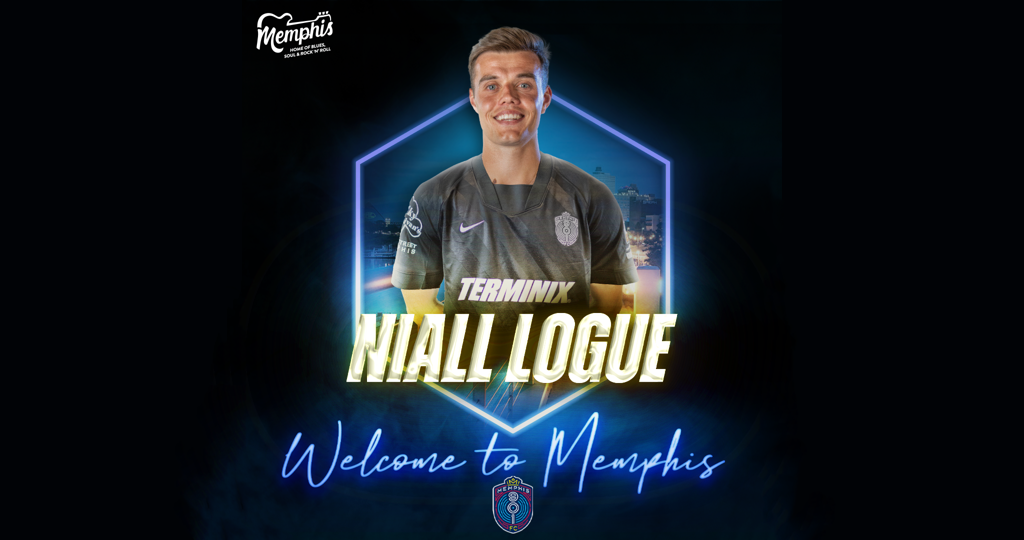 The Northern Ireland native began his career at center back in the youth ranks of Northern Ireland’s Institute FC in his hometown of Derry from 2010 to 2014 and spent time with the Northern Ireland youth national team. In 2014, the defender made the jump to the United States where he joined Yavapai College in Prescott, Ariz. While with the Roughriders, Logue captained the junior college and was a two-time All-American with Yavapai as he guided his side to 10 shutouts and a conference title in 2015.

After two seasons with the junior college, Logue transferred to Ohio State where he continued his collegiate career. Over his two years in Columbus, Logue accumulated 3,379 minutes on 37 starts, a pair of goals and guided the Buckeyes to a school-record number of consecutive shutout wins.

After his time at Ohio State, Logue began his professional career back in his hometown with Derry City of the League of Ireland Premier Division. Seeing the pitch in four matches over his brief return to Derry, Logue was loaned to League of Ireland First Division side Finn Harps FC where he spent half a year on loan before permanently joining the side to begin 2019. Over his 24 appearances with the club from 2018 to 2020, Logue knocked in a goal and helped the side gain promotion to the Irish topflight in 2019.

In 2020, Logue returned to the United States and Arizona, signing with USL League One’s FC Tucson. In Tucson, Logue started 16 times in as many matches and racked up 1,440 minutes. In December 2020, Logue joined El Paso Locomotive FC of the USL Championship where he has yet to make an appearance.

Logue will add vital depth to the defensive backline as his 6’4” frame and international experience will help Memphis build on its mark of sixth-fewest goals conceded in the Eastern Conference.

“We are very excited to be able to add Niall to the group,” Head Coach Ben Pirmann said. “Niall is an excellent passer and brings quality experiences with him. He will add depth to the squad as we deal with the workloads of a long season.”