Memphis Extend Unbeaten Streak to Three in Draw with Indy

Memphis 901 FC and Indy Eleven battled to 1-1 draw at Michael A. Carroll Stadium on Saturday 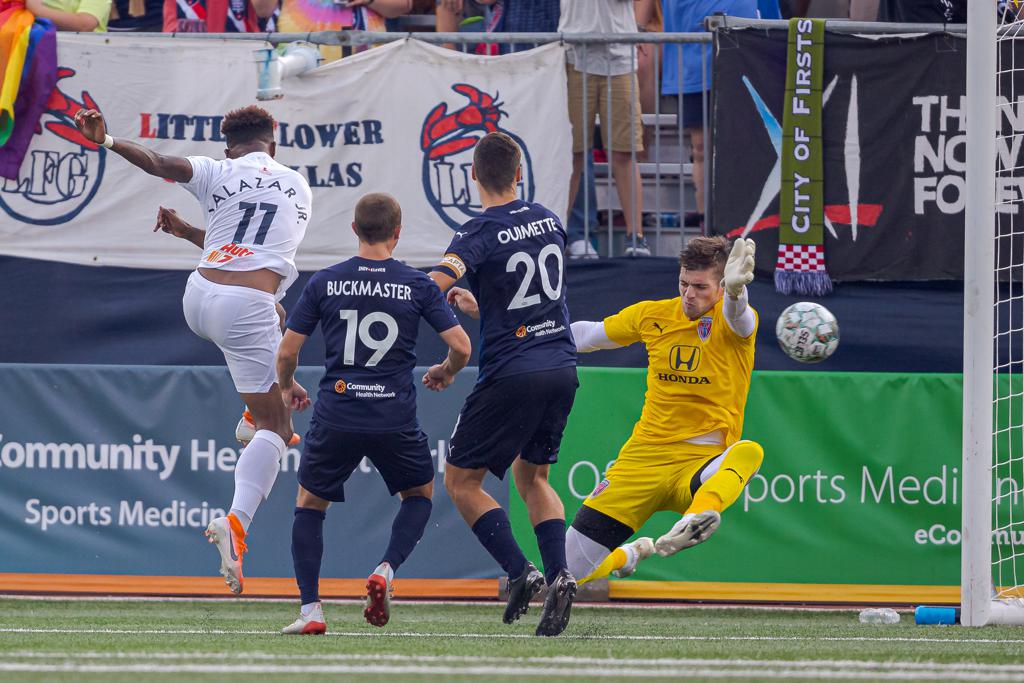 Indianapolis, Ind. – Memphis 901 FC (3-4-4) and Indy Eleven (4-5-4) played to a 1-1 draw Saturday evening in Indianapolis, Ind. After a scoreless first half that featured a defensive face-off came to an end, the home side capitalized early in the second half to go up by a goal in the 47’. Just four minutes later, forward Michael Salazar leveled the match at 1-1—a scoreline that would stand for the duration of the match.

With the defenses and goalkeepers keeping the first half scoreless, not many chances were had either way. Both Memphis and Indy were able to break through the defensive backlines on a limited number of occasions in search of the opening goal, but neither could find it. Goalkeeper Kyle Morton had a strong first half as last week’s USL Championship Player of the Week recorded a pair of point-blank saves in the 12’ and 27’ to maintain the early shutout.

Indy Eleven was able to come out of the halftime break with vigor as Nick Moon snuck past Niall Logue to put one beyond Morton in the 47’. It did not take long, however, for Memphis to mount a response, as Michael Salazar took a deflected Laurent Kissiedou shot off his chest before settling and shooting the ball into the back of the net. After Salazar’s 51’ score, the match was knotted up at 1-1. The final 40 minutes of the match concluded with a strong showing from Morton and the Memphis defense to secure the draw and the point on the road.

Michael Salazar was named Buff City Soap Man of the Match after scoring the lone goal of the evening for Memphis. Salazar’s 51’ goal is the second for the Belizean this year with his first coming in Indy on June 5. Laurent Kissiedou again had an efficient evening as the midfielder was tied for or led the team in shots, shots on target and key passes. Conceding just one goal, Kyle Morton’s four-save night puts the keeper in a tie for fifth in club history with 12 saves this season.

With the draw, Memphis extended its unbeaten streak to three matches and inched past Sporting Kansas City II in the Central Division standings. 901 FC currently find itself at seventh in the division and four points shy of the playoff line.

“I thought the boys put it all on the line,” Head Coach Ben Pirmann said. “They are representing this club and community with nothing but class, and they're disappointed they didn't pick up all three points. Sometimes in these even matches, you must get through it and know that you’re getting more and more complete. I told the team we have 21 matches left to continue to keep having performances like this, and we're going to win a lot of matches this season.”

Concluding the second-longest road trip of the season, 901 FC will return home to face FC Tulsa for the first time in club history on Saturday, July 24. Kickoff from AutoZone Park is scheduled for 7:30 p.m. CT. Ticket information can be found here and the match can be seen on CW30 Memphis and ESPN+.