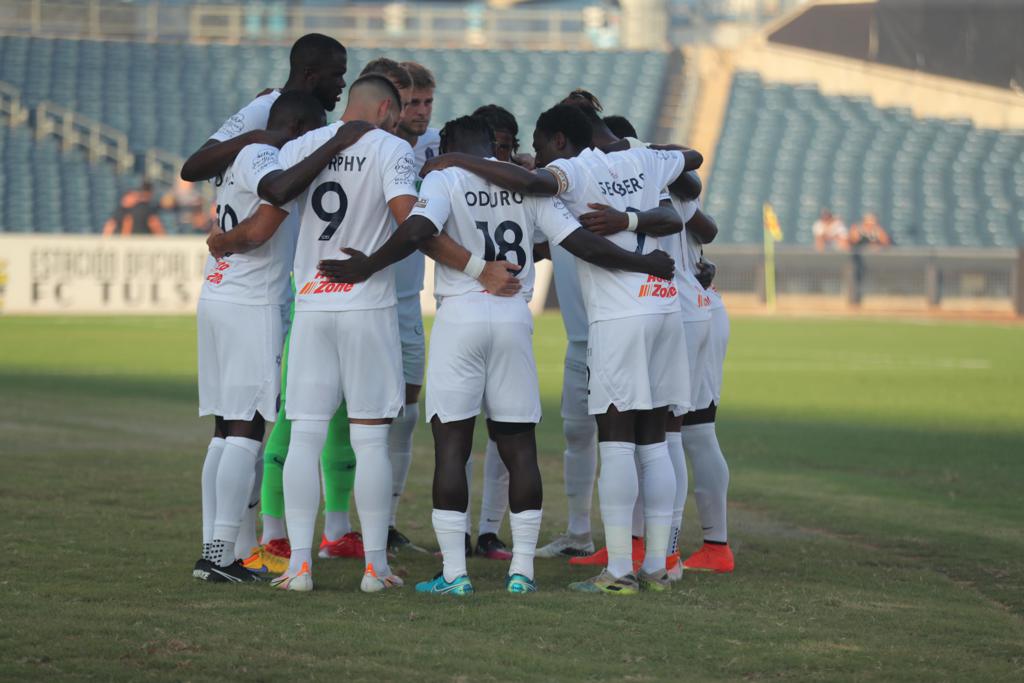 Memphis, Tenn. – Memphis 901 FC (6-7-7, 25 points) will face the Miami FC (11-6-5, 38 points) for the first time in club history Saturday night at AutoZone Park. Memphis is fresh off of a scintillating 3-2 victory over rival Birmingham Legion FC at home last Saturday in a match that featured two stoppage-time goals for the home side.

With a first half defined by defense, Laurent Kissiedou pounced on a loose ball well beyond the top of the penalty area and lofted the ball above a defender and into the back of the net in stoppage time. Memphis 901 FC pressed up the field as the second half neared an end and recorded several corners late in the match. Roland Lamah found his first goal and the equalizer in the 90+3’ off a Kadeem Dacres corner kick. Not long after, Memphis marched down the field once more to set up another corner kick. With Dacres on the corner again, Raúl González collected a deflected ball and hit an acrobatic bicycle kick to secure the victory in the 90+6’.

While all three of Memphis’ goals last week came in either first or second-half stoppage time, the final two goals marked the first time 901 FC has scored in second-half stoppage time this season. With the win, Memphis remained in seventh place in the tightly contested Central Division and sit four points shy of the playoff line with matches in hand. Memphis’ second of four interdivisional matches of the season comes against a Miami side that has found a rhythm as of late, riding a seven-match unbeaten streak and sitting at third in the Eastern Conference’s Atlantic Division.

Memphis and Miami field a similar style of team, as both sides find themselves in similar positions when it comes to league rankings in shots (+3 MIA), clean sheets (+1, MEM), goals conceded (+1, MIA), passing accuracy (+5%, MIA) and fouls conceded (+4, MIA). A stark difference, however, comes in the passing department as Miami has fired off nearly 3,000 more passes than Memphis in just two additional matches played.

Individually, Kyle Murphy looks to return to scoring form, as he’s tied for fifth in the league in goals with his club-leading 11. While he’s already claimed the record for most goals in a season, Murphy finds himself two goals shy of the all-time scoring record for Memphis 901 FC. Additionally, Kadeem Dacres moved into a tie for second in club history and 19th in the league with his fourth assist of the year on Roland Lamah’s stoppage-time equalizer on Saturday.

For the opposition, the Miami FC feature 12 unique goalscorers with six players with at least three goals and six players with multiple assists. Miami will also potentially return three players from Concacaf Qualifiers for the FIFA World Cup Qatar 2022 in Jamaica’s Devon “Speedy” Williams and Lamar Walker as well as recent signee and El Salvadoran winger, Josh Pérez. For as prolific as an offense that Miami fields, the Atlantic Division side has been forced to rely heavily on goalkeeper Connor Sparrow who has responded with 62 saves—a mark that places him in a tie for fifth in the league.

Saturday’s meeting will be the first match between Memphis and Miami, marking the fourth of five first-time matchups with USL Championship opposition. The match will also be the second of four matches with teams from outside the Central Division as Memphis will face New York Red Bulls II and San Antonio FC within the next month.

Saturday’s match will kick off from AutoZone Park at 7 p.m. CT on Saturday, Sept. 11. Ticket information can be found here, and the match can be viewed on CW 30 Memphis and ESPN+.