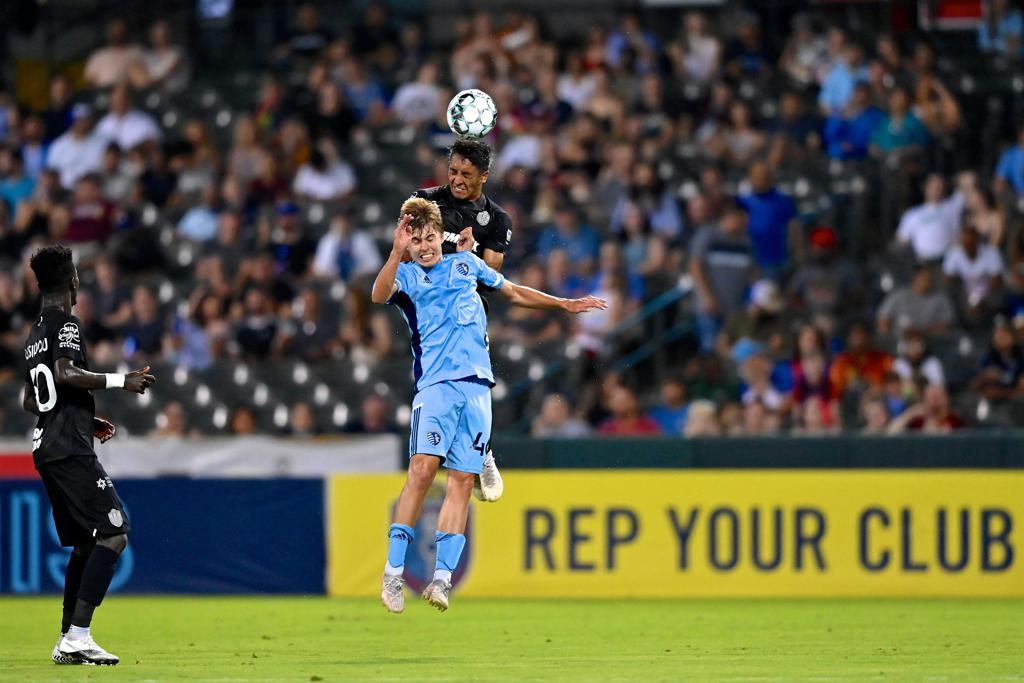 MEMPHIS, Tenn. – Memphis 901 FC (9-8-8, 35 points) is hitting its stride at exactly the right time as the club handled FC Tulsa 0-3 last Saturday night to inch closer to the playoff line. Now, Memphis will welcome Sporting Kansas City II (4-15-8, 20 points) to AutoZone Park on Wednesday night as the home side will look to extend its four-match unbeaten run.

In a robust team victory for a compelling Memphis side, a brace from the USL Championship Player of the Week, Laurent Kissiedou, and an eight-save evening from Cody Cropper led the visitors to three points on the road. Following an own goal from Tulsa in the 18’, Laurent Kissiedou would go on to record his first professional brace in a span of just over 10 minutes. Additionally, the defense proved to be impenetrable for the duration of the match, and Cody Cropper accumulated a season-high eight saves which earned him Buff City Soap Man of the Match honors. The three points earned Saturday evening give Memphis 35 on the season—the most in a single season in club history.

“We had a great response from a poor start at Tulsa," Head Coach Ben Pirmann said. "I'm very proud of the entire group for their mentality⁠—both from that match as well as in their daily routines.”

Sporting Kansas City II have had a tough stretch of late as the club find itself at the bottom of the Central Division table. SKC II have earned just one win in their last 13 matches and have only won two matches on the road this season. With that being said, Sporting II have a star leading its offense in 21-year-old Congolese forward, Enoch Mushagalusa. Mushagalusa leads the club in goals with seven and shots with 58—a mark that notches him at fifth overall in USL Championship play. Between the sticks, Kansas City goakeepers John Pulskamp and Kendall McIntosh have each accumulated over 30 saves—the only duo on the same team to reach that mark other than Charlotte Independence and FC Tulsa’s duos.

“Looking forward to Sporting II, we know that we have a very aggressive and robust opponent that are fearless and very talented," Pirmann said. "We need to be the hardest working team on the pitch for 90-plus minutes and be definitive with our actions. Our goal is to always give our supporters at AutoZone Park a performance to be proud of.”

Winning four of its last five and riding a four-match unbeaten run, Memphis 901 FC has secured the second best goal differential over its past four matches in the league at plus-seven. With eight clean sheets spread amongst three goalkeepers, Memphis is tied for the sixth most clean sheets in the league.

Memphis and Sporting Kansas City II have met five previous times, and 901 FC hold the all-time advantage at 2-1-2. Despite playing Sporting II to a nil-nil draw in their last meeting on August 29, Memphis average two goals a match against the divisional opponent. A win over SKC II on Saturday evening would elevate Memphis 901 FC into a playoff position and give the home side the most wins in a single season in club history.

Kickoff from AutoZone Park is slated for 7 p.m. CT at AutoZone Park, and the match can be seen on ESPN+. Ticket information can be found here.