Mark Segbers named to USL Championship Team of the Week 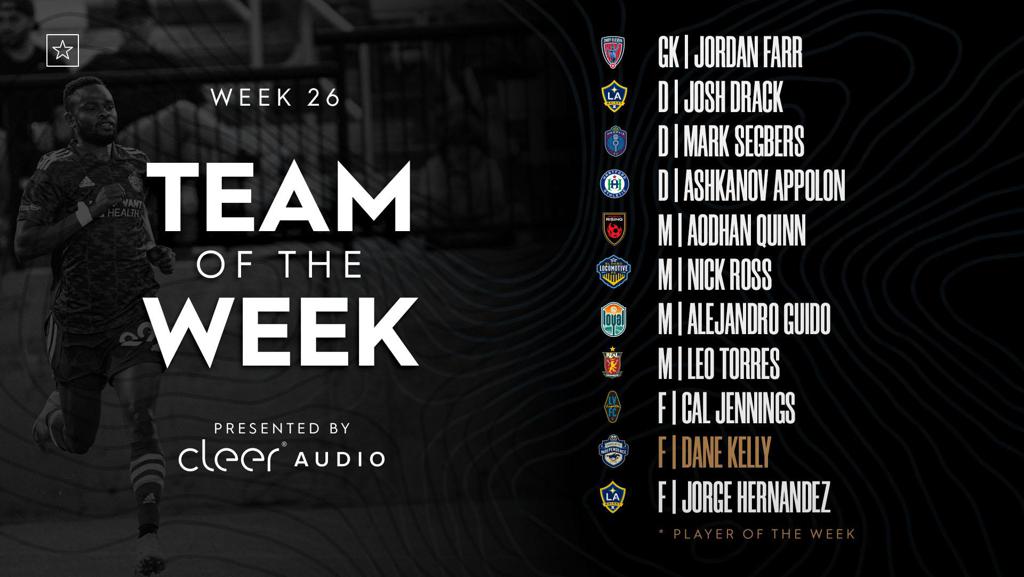 MEMPHIS, Tenn. – Defender Mark Segbers has been named to the USL Championship Team of the Week presented by Cleer Audio for Week 26. Segbers earns the honor for the third time this season for his match-winning score against then division-leader Louisville City FC on Oct. 13 at AutoZone Park.

Despite trailing Louisville early, Memphis responded with a Michael Salazar goal in the 45’ to set up Mark Segber’s game-winner in the 78’. Racing down the pitch, forward Rashawn Dally sent a ball into the box which was deflected toward Mark Segbers at the edge of the area. Segbers sent in a perfect through ball to midfielder Dre Fortune who sent it back to Segbers with a backheel assist, which Segbers finished into the top of the net to earn the match-winner

The perfect Fortune Segbers connection gives us the @ChickfilaMem goal and the lead!

Memphis’ first victory over Louisville City FC was followed by a 4-2 win over Atlanta United 2 on Saturday which set up the side to clinch its first-ever playoff berth with OKC Energy FC’s Sunday draw with Birmingham Legion FC. Segbers proved to be an integral part of the Memphis defense in both matches, contributing with a team-high seven interceptions in addition to 11 recoveries while completing 45 of 65 passes.

“It all goes to the locker room,” Mark Segbers mentioned following the victory over LouCity. “On and off the field, we’re a tight knit group. When you look to your left or to your right, you know the person next to you is working just as hard as you. When you know that, you can focus on your football. Those little things make the rough times easier and makes the good times that much happier. We’re all on the same mission and know that nothing’s going to come easy; we all have the same mentality which helps a lot.”

Next time out, Memphis will be tested on the road as the club travels to Kentucky to face Louisville City FC on Saturday, Oct. 23. Kickoff from Lynn Family Stadium is set for 6:30 p.m. CT and the match will be broadcast on ESPN+ and WMC+ (5.5 - Over the Air, 906 - Comcast, 6 - Dish). Memphis’ trip to Louisville will be the last road match of the regular season before 901 FC finish October with a pair of home matches against FC Tulsa on Oct. 27 and Indy Eleven on Oct. 30.