Segbers, Kissiedou and Scott named to USL Championship Team of the Week 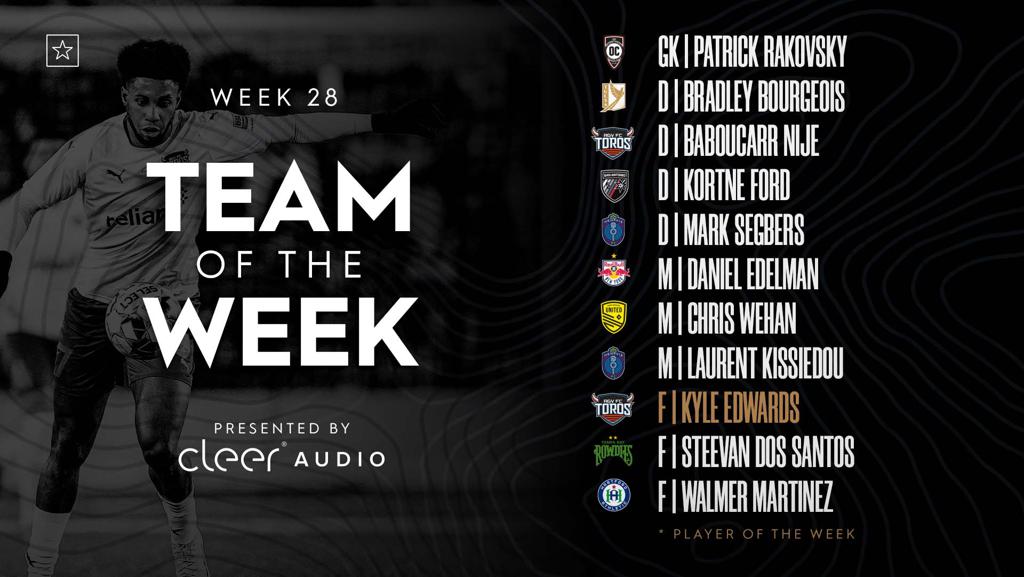 MEMPHIS, Tenn. – Defender Mark Segbers, midfielder Laurent Kissiedou and goalkeeper Brady Scott have been named to the USL Championship Team of the Week presented by Cleer Audio for Week 28. Segbers’ goal against Tulsa along with Kissiedou’s pair of assists and Scott’s clean sheet against Indy propelled the trio to the recognition.

With the honor, Segbers earns his fourth selection to the Team of the Week, Kissiedou his third and Scott his first. Scott’s selection marks the fourth unique Memphis goalkeeper to be named to the group this season (Berner, Morton, Cropper).

In a crucial divisional matchup against FC Tulsa last Wednesday night, Mark Segbers made an impact early in the match with a remarkable solo goal. Midfielder Kadeem Dacres set up a special run from Segbers in the 33’, in which the defender took the ball down the pitch, danced around a defender and fired a shot at goal that deflected off the post and in. The victory earned Memphis 901 FC the third seed in the Central Division.

On Saturday, Memphis ended its regular season with a 3-0 win over Indy Eleven, thanks in large part to a pair of assists from Laurent Kissiedou and a clean sheet from Brady Scott. Memphis built on an early lead with a Kyle Murphy goal in the 32’ and a perfect chip from midfielder Dre Fortune in the 56’—both assisted by Kissiedou. Kissiedou’s assists on Murphy and Fortune’s goals position him at third place in club history with five assists in a single season. Scott’s three saves would preserve a scoreless match for the Memphis defense and earn the 22-year-old ‘keeper his first clean sheet of the year.

“We are always excited and humbled when players receive public accolades," Head Coach Ben Pirmann said. "Mark and Laurent have been top players all season. Brady had a great match and I’m thrilled for that group of goalkeepers to be honored as often as they have!”

“This is a really tight group,” Mark Segbers said after the victory over Tulsa. “I think our bond as a team shows when we go down a goal, we pick each other right back up. It’s the same when we win. We’re a bunch of brothers out there, and we’re just enjoying every moment together.”

This weekend, No. 3 Memphis 901 FC will match up with the No. 2 Charlotte Independence in the Eastern Conference Quarterfinals of the 2021 USL Championship Playoffs, Presented by TwinSpires. The match will take place on Saturday, Nov. 6 at 6 p.m. CT at American Legion Memorial Stadium in Charlotte, N.C., and the match will be broadcast on ESPN+ and CW 30 Memphis. Ticket information can be found here.