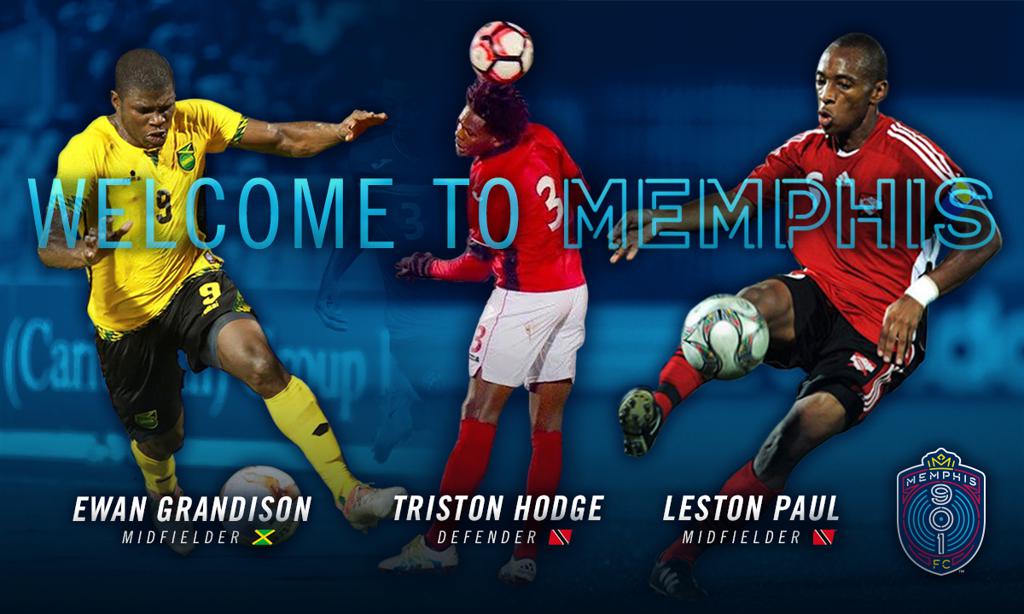 Hodge arrives on loan from W Connection F.C., now a six-time champion of the TT Pro League, which is the top league in Trinidad & Tobago. Paul and Grandison’s Central F.C. battled Hodge and W Connection for the top spot in the league this season.

“W Connection and Central F.C. are two of the elite Clubs of the Caribbean, and we are fortunate to be able to add several of their top players to our team,” Memphis 901 FC Sporting Director Andrew Bell said. “Triston, Leston, and Ewan have all won domestic trophies and have also competed over several years in the CONCACAF Champions League. In addition, all three players have considerable international experience playing for their respective countries at the highest level.

“These are strong additions to the squad, and we look forward to welcoming them to Memphis.”

“We are so excited to have secured the services of Ewan, Triston, and Leston,” Memphis 901 FC head coach Tim Mulqueen said. “It’s a very important statement for our Club and the City of Memphis to attract three Full Senior International Players in our first year of existence. These players have tremendous experience in massive games for their respective countries that will be invaluable to our Club. They will also be great members of the Memphis community.”

The trio is no stranger to the game’s biggest moments.

They will fit right in with their new Memphis 901 FC teammates.

Paul played collegiately at the University of South Florida, where he was a captain and teammates with Charpie. Hodge, Charpie, and Uccello were also teammates previously with Toronto FC II.

And the group has played under men who know the game on an intimate level. W Connection F.C. is led by Stuart Charles-Fevrier, who has now won six TT Pro League titles and numerous other league championships, and Central F.C. is coached by former MLS Scoring Champion Stern John and led by World Cup participant Brent Sancho.

Sancho played professionally in the United States, Finland, Scotland, and England and suited up for his native Trinidad & Tobago over 50 times. He also played in the 2006 World Cup, before being named T&T’s Minister of Sport in 2015. John had a nearly 20-year playing career and was MLS’ leading goal-scorer in 1998, before teaming with Sancho on T&T’s 2006 World Cup squad.

Additional signings will be announced in the coming weeks and months.