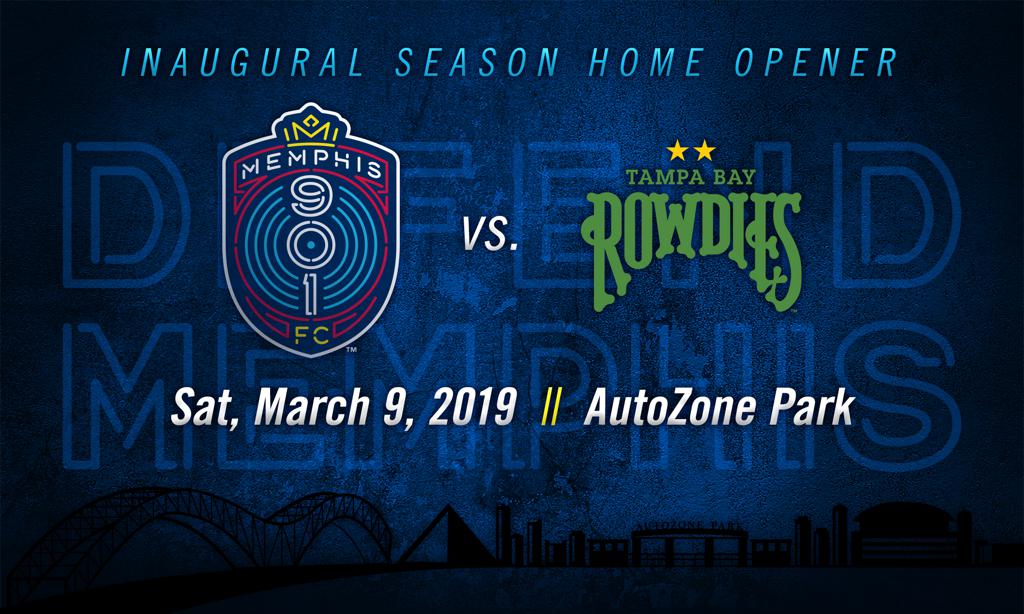 MEMPHIS, Tennessee – The inaugural match in Memphis 901 FC franchise history will be against the Tampa Bay Rowdies at AutoZone Park on Saturday, March 9, as announced Friday by the United Soccer League.

Kick-off time for the match will be announced at a later date.

“We are thrilled to kick off our inaugural season in front of our home supporters on Saturday, March 9,” Memphis 901 FC President Craig Unger said. “This will be an iconic moment in Memphis’ sports and cultural history, and we cannot wait to celebrate the regular-season debut of our team, with our City, on a rocking Saturday night in Downtown Memphis.”

The full 34-match 2019 regular-season schedule will be announced at a later date.

Members of the USL since 2017, the Rowdies finished the 2018 campaign with an 11-15-8 record and placed 12th in the Eastern Conference. The Rowdies were the first professional sports franchise in the Tampa Bay area, having originally been established in 1975.