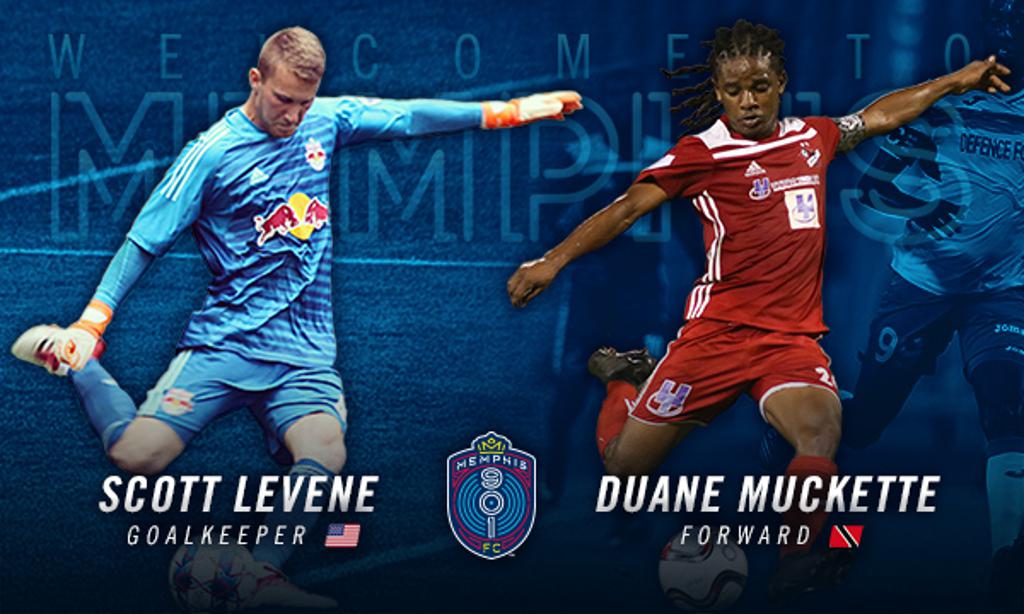 “I’m very happy to welcome Scott and Duane to Memphis as we continue to build towards the first game on March 9,” Bell said. “These are two young players with bright futures ahead of them, and I’m looking forward to seeing them develop under the guidance of Coach Mulqueen.”

“Scott and Duane are two very exciting young players that we are pleased to welcome to our squad,” Mulqueen said. “Scott is a goalkeeper who has worked extensively with myself and Tim Howard since his youth soccer days. We believe Scott possesses all the qualities of a top professional goalkeeper.

“Duane is an electric and dynamic young player. He has great energy, and his ability to stretch the defense will be very important for us. Duane possesses the work ethic that the City of Memphis will certainly recognize and appreciate.”

Levene played the 2018 season with New York Red Bulls II and appeared in four matches. He starred collegiately at the University of Connecticut, making 70-straight starts for the Huskies to end his career, including 31 clean sheets, dating back to 2014. Prior to college, the Stamford, Conn., native was a member of the U-14/15 United States National Teams.

Muckette spent 2018 with Trinidad & Tobago powerhouse Central F.C., where he was teammates with Grandison and Paul. He finished second on the team with seven goals in 18 matches, helping the club to second in the league. Muckette was college teammates with Charpie at the University of South Florida, and he was captain of the U-17 and U-20 Trinidad National Teams.

Additional signings will be announced in the coming weeks.

Memphis 901 FC’s inaugural USL Championship season kicks off at AutoZone Park on Saturday, March 9 at 6:00 p.m. against the Tampa Bay Rowdies. Season tickets are available starting at just $10 per match. Call (901) 721-6000 or go to www.memphis901fc.com/seasontickets for more information.