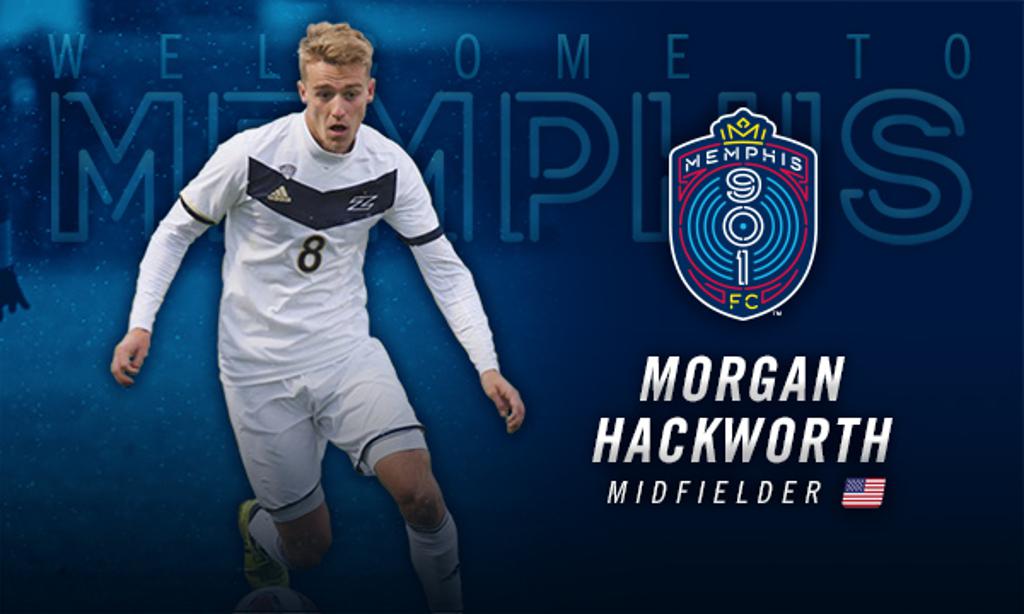 Hackworth, the son of Louisville City FC head coach John Hackworth, played two seasons at Akron after starting his collegiate career at Syracuse University for two seasons. In 2018, Hackworth was part of an Akron team that battled back from a 6-6-2 record in mid-October to reach the championship match of NCAA men’s soccer before falling to eventual champion Maryland on a penalty kick in the 57th minute. During the postseason run, Hackworth contributed a goal in the MAC Tournament and another in a 3-1 win over Syracuse in the second round of the NCAA Tournament.

“We are very pleased to welcome Morgan to Memphis for his rookie pro season,” Bell said. “I’m looking forward to seeing his continued development as a player under the guidance of Tim Mulqueen and assistant coach Ben Pirmann.”

“Morgan is an outstanding young talent with a high soccer IQ,” Mulqueen stated. “His versatility will make him a very valuable member of our team. Morgan is a winner, and we are thrilled that he will be joining us.”

As a senior in 2018, Hackworth finished fourth on the Zips with four goals, and he was third with 13 points on the year. In 2017, he ranked second on the team with five assists, which ranked sixth in the MAC. At Syracuse, Hackworth appeared in eight matches, and prior to joining the Orange, he was a member of the U-16 and U-18 Philadelphia Union Academy teams and led his team to fifth-place finish at 2014 Generation Adidas Cup.

Additional Memphis 901 FC signings will be announced in the coming weeks.

Memphis 901 FC’s inaugural USL Championship season kicks off at AutoZone Park on Saturday, March 9 at 6:00 p.m. against the Tampa Bay Rowdies. Season tickets and group tickets are available, with full season tickets starting at just $10 per match. Call (901) 721-6000 or go to www.memphis901fc.com/tickets for more information.