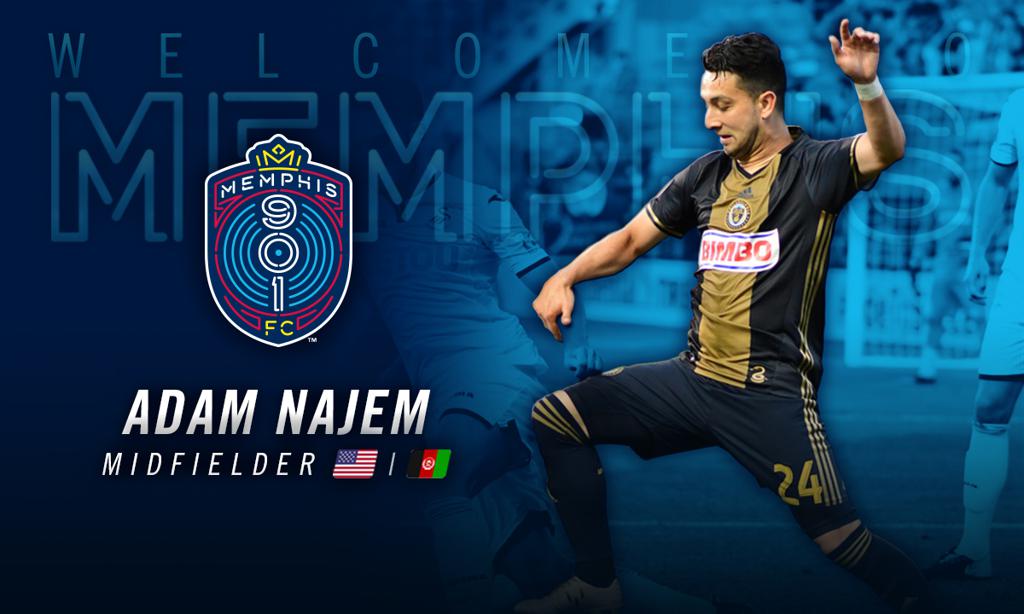 Najem spent the previous two seasons with the USL Championship’s Bethlehem Steel FC, on loan from their MLS affiliate Philadelphia Union. With Bethlehem in 2017 and 2018, Najem started all 38 matches he played and had five goals, with three coming a season ago. His passing success rate was above 80 percent in nearly 3,300 minutes played over his two previous seasons in the league. He also logged five matches with the Union during that time.

“I’m very pleased to welcome Adam Najem to Memphis,” Bell said. “He is a quality player with lots of USL Championship and Major League Soccer experience. His technical ability and soccer IQ make him a good fit as we continue to prepare for our first match on March 9.”

“Adam is a fantastic player with exceptional play-making abilities,” Mulqueen said. “His ability to unlock a defense with his passing is top class. I am thrilled that a player of his caliber will be joining us.”

After spending time with the New York Red Bulls Academy since age 11, Najem’s rights were sent to Philadelphia on Feb. 8, 2017, in exchange for a second-round draft pick in the 2018 MLS SuperDraft, and he then signed his first professional contract.

Prior to joining the professional ranks, Najem was a star at the University of Akron from 2013-16. In four seasons, Najem totaled 89 appearances (87 starts), scoring 33 goals and adding 29 assists. He was named the 2016 Mid-American Conference Player of the Year and was a four-time first-team All-MAC honoree. Additionally, the midfielder was a Second-Team NSCAA All-American in 2015 and a Third-Team NSCAA All-American in 2016.

Najem’s brother, David, plays for the Tampa Bay Rowdies, which is Memphis 901 FC’s first opponent in the 2019 USL Championship season.