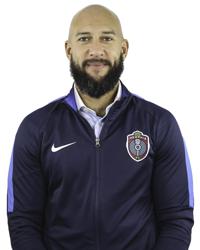 Tim Howard was named Memphis 901 FC Sporting Director on January 8, 2020. On March 4, 2020, Howard was also added to the roster as the veteran keeper went on to make six appearances on the pitch with the club during the shortened 2020 campaign.

Howard began his career in MLS with the New York MetroStars, before moving on to the Premier League and amassing 399 league appearances for Manchester United and Everton. During this time, he collected 121 caps for the USMNT—the most ever for the country—and appeared in three FIFA World Cups. Domestically, Howard returned to MLS in 2016 with the Colorado Rapids with which he made 100 appearances before making the move to Memphis.

In addition to serving as Sporting Director, Howard is currently involved in broadcast and is a Premier League Analyst on NBCSN and will cover the 2020 Tokyo Summer Olympics for the network. 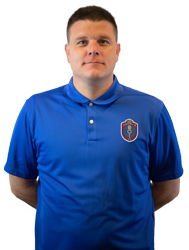 Pirmann arrives in The Bluff City after spending six seasons as the head coach of Detroit City FC in the National Premier Soccer League and eight seasons as an assistant coach at his alma mater, Michigan State University.

As head coach of DCFC, which boasts one of the largest fan bases in all of North America, Pirmann went 49-17-17, won a regular-season title in 2013 and a Midwest Region championship in 2017, and helmed the club to three playoff appearances and two runs in the Lamar Hunt U.S. Open Cup. His club took USL foe Louisville City FC to penalty kicks and then-USL side FC Cincinnati to extra time in the second round in 2016 and 2018, respectively.

At Michigan State, Pirmann and the Spartans reached the Elite Eight four times in six seasons from 2013-18, one of just two programs in the nation to do so, and appeared in the 2018 College Cup as one of the final four teams in the nation left playing. Pirmann was named the National Top Assistant Coach by College Soccer News in both 2016 and 2017. 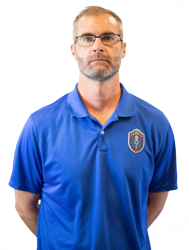 Devin Rensing was named assistant coach for Memphis 901 FC ahead of the 2021 season. Rensing joined the technical staff after more than a decade of coaching at the collegiate level as well as international scouting in Major League Soccer.

Recently, Rensing served as the international scout for Major League Soccer’s Sporting Kansas City with the majority of his focus on Europe. While serving as an international scout in Spain, Rensing earned his master’s degree in Soccer Identification and Development in Talent from Universidad Europea. 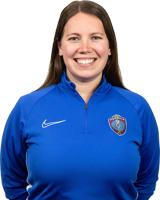 Ziolkowski studied at Ball State University where she received a bachelor’s degree in athletic training before receiving her master’s degree in kinesiology from Indiana University Purdue University-Indianapolis while serving as a Graduate Assistant Athletic Trainer. Ziolkowski is from South Bend, Ind. and has lived in Memphis for the past six years. Ziolkowski is a recent mother to a baby boy, AJ, with her significant other, Justin. 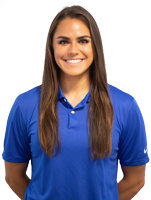 Holt was named Memphis 901 FC Director of Performance in 2021. In her current role, she leads, designs, implements, and analyzes the strength and fitness of the players as well as their nutrition and health, on and off the pitch. This is her second season with 901 FC, serving as the Team Sports Nutritionist and Assistant Strength & Conditioning Coach for the 2020 season. She was born and raised in Memphis and graduated from the University of Mississippi while also working within their Sports Nutrition & Performance department.